Joey Barton has lots of firepower 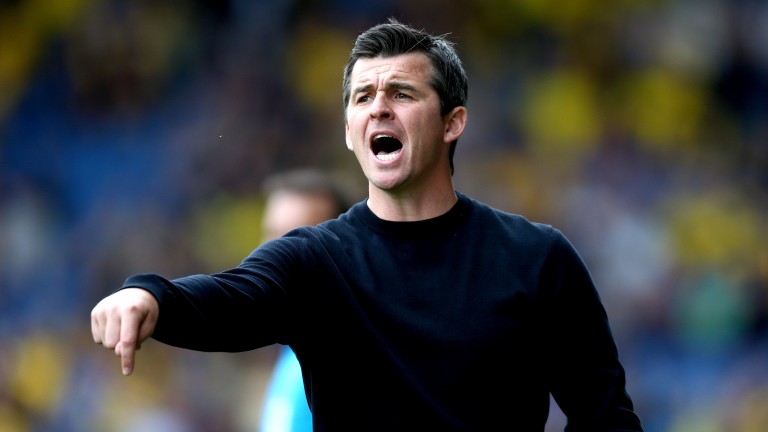 Walsall's failure to build on a strong start to the Sky Bet League One season has been mainly due to a dodgy defence and the Saddlers could be involved in a high-scoring game at Fleetwood.

Last season was a struggle for Walsall, who finished just two points above the drop zone.

Former Saddlers player Dean Keates took over as manager in March and did just enough to steer them to safety, accumulating eight points from their last nine fixtures.

After reshaping the squad this summer, Keates led Walsall to four wins and three draws in their opening seven league games and it seemed that a playoff challenge could be in the offing.

But Walsall's performances and results have deteriorated, dragging them back into mid-table, and they could face a hard winter battling against the threat of relegation.

Fleetwood are two points worse off in 12th place and could also be pushing for the playoffs in 2019 or looking over their shoulders.

Joey Barton's side have plenty of firepower with highly-rated strikers Wes Burns, Paddy Madden and Ched Evans jostling for two positions up front but their attacking 4-4-2 formation can leave them exposed at the back.

The Cod Army have kept just one clean sheet in their last 17 matches and haven't achieved a shutout in ten home games this season.

Having to score a least twice to get three points at home is far from ideal and is an obvious reason to have reservations about backing them to beat Walsall.

Walsall are even harder to trust given their recent slump – four defeats in their last five league games – although four of their seven league wins this season have come on the road.

Both sides are better in attack than defence and that should lead to a high-scoring outcome.

Walsall
Adam Chambers (broken foot) could return before the end of the year and fellow midfielder Joe Edwards (knee) is also sidelined. Maz Kouhyar is on international duty with Afghanistan.

Key stat
Fleetwood have kept one clean sheet in their last 17 matches.