Expect open contest as Wasps and Harlequins do battle 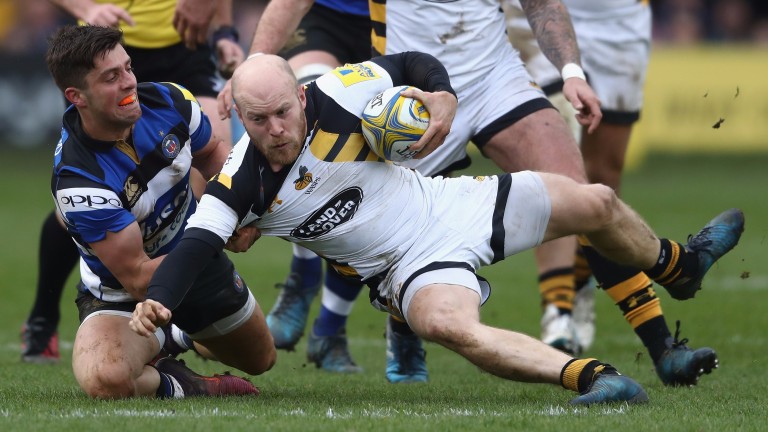 Wasps scored seven tries in their opening match of the Premiership season against Sale and they scored seven the last time Quins were the visitors to their Ricoh Arena home.

It's all about firepower for last season's table-toppers and the depth of their squad was underlined last week when last season's top scorer Christian Wade was injured and new signing Marcus Watson snapped up the opening try on his first start.

Both Watson and Wade are in the line-up to face Harlequins with Willie le Roux at full-back and British & Irish Lions Elliot Daly making his first start of the season.

That's a dazzling array of backline talent even with centres Jimmy Gopperth and Kyle Eastmond on the treatment table and they come up against a Quins side who bounced back from a sloppy and ill-disciplined display in round one to beat Gloucester at home last week.

Fly-half Demetri Catrakilis was carried off in that match so Marcus Smith starts again at number ten. The 18-year-old found his feet after coming off the bench last week, playing a big part in Quins' tries, and after that confidence boost he could again get his exciting backline moving.

Wasps are 13-point favourites and Sky Bet have set their total tries line at 5.5 as all signs point to an open game, and both teams line up with scrum-halves who relish that kind of match.

Joe Simpson comes in for the injured Dan Robson in the Wasps line-up and has the pace and eye for a break to land big odds to score a try of 3-1, while his opposite number Danny Care is even more attractively priced at 7-1. As well as his regular snipes around the base of the ruck Care is a frequent danger from quick tapped penalties.