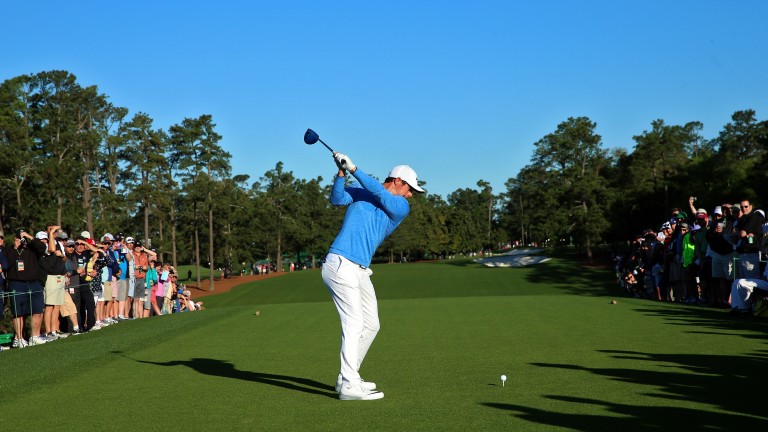 Rory McIlroy has added even more driving distance to his game
Andrew Redington
1 of 1
By Steve Palmer 5:27PM, JAN 14 2017

Fedex Cup glory and some Ryder Cup heroics have set Rory McIlroy up for a massive 2017 and it would come as a surprise should the little wizard not be a factor in all of the Majors.

McIlroy suffered with a bout of glandular fever in the wake of finishing fourth in the WGC-HSBC Champions in China, starting slowly en route to ninth place in the DP World Tour Championship in his final outing of this year. Two months of rest should see the four-time Major champion return to his Stateside form.

McIlroy will open his new campaign in South Africa in the middle of next month, looking to get into peak condition for the Masters in April. The world number two can be expected to contend in every Major and 33-1 is available about him recording a top-five finish in each of the four.

McIlroy has never achieved this feat before – 2014 (8-23-1-1) was the closest he has come – but the 27-year-old will be licking his lips at the Major roster for the season ahead. The USPGA, in particular, seems a fantastic opportunity to add to his collection of Major titles.

McIlroy has slowly but surely got to grips with Augusta, with three-year form figures of 8-4-10, and another bold bid for the Green Jacket seems almost inevitable in the opening Major. The course sets up perfectly for him.

The US Open will be staged at Erin Hills for the first time, a track which can be stretched to 8,000 yards and is likely to eliminate short-hitters from the equation. The 2011 US Open champion should prosper there, before tackling the Open and the USPGA.

The Open at Birkdale may prove the biggest hurdle for takers of the 33-1 about McIlroy delivering a quartet of places, but he has finished in the top five in his last two Open appearances, winning at Royal Liverpool in 2014 and sharing fifth place at Troon last year despite putting poorly.

The USPGA is being staged at Quail Hollow, where McIlroy won his maiden US Tour title in 2010. He won by four shots that year, then by seven shots in the same tournament five years later. If in any sort of form, McIlroy will expect to complete a USPGA hat-trick in North Carolina in August.

Thorbjorn Olesen may be short of Major-winning class, but the Danish dude is turning into a prolific European Tour champion who has proven his bottle on several occasions. Olesen looks a bargain at 13-8 with Power to win on the European Tour next year.

Olesen has won on his home circuit in each of the last three years (and four of the last five) and took a great deal of confidence from his emphatic Turkish Airlines Open victory last month. He followed up by partnering Soren Kjeldsen to World Cup glory for Denmark.

Punters happy to play at odds-on should consider Jason Day not to win a Major at 1-2. McIlroy and Dustin Johnson look set to be incredibly tough to beat next year. Day, winless since May and blighted by injury in the FedEx Cup playoffs, should be at least 1-4.