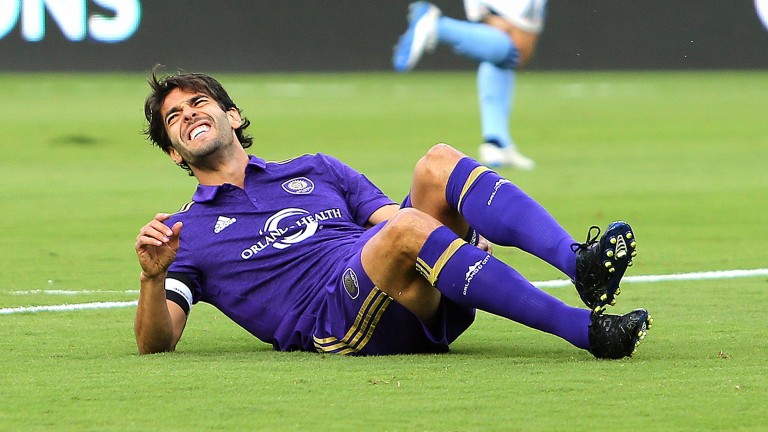 Orlando playmaker Kaka has been suffering from injuries
Alex Menendez
1 of 1
By Mark Langdon 8:00PM, JUN 3 2017

There have been heavy thunderstorms in the Florida area over the past few days and bookmakers are expecting it to rain goals when Orlando City host Chicago Fire in MLS.

Both teams to score and over 2.5 goals are going off short prices as Orlando plays host to two of the hottest forwards in MLS - Orlando hotshot Cyle Larin and Chicago's on-fire Nemanja Nikolic.

Going into this round of fixtures Nikolic leads the Golden Boot race with 11 goals but Chicago, like many teams in MLS, do most of their best work at home with 19 of their 24 points coming in the Windy City.

Chicago, one point superior to Orlando in the Eastern Conference, are usually blown off course when it comes to road encounters with only two clean sheets on their last 23 road trips.

The experience of Bastian Schweinsteiger will help Chicago and so too will a break of ten days but Larin ended his own mini-drought with the opener in Wednesday's success over DC United and could be the man to provide Orlando's magic once again.

The eight-goal Canadian is being linked with a move to Everton and has become Orlando's biggest threat with Brazilian playmaker Kaka struggling with injury.

Kaka has returned to training and if he is available that will only help Orlando's midfield diamond function better with the former Milan and Real Madrid star able to feed Larin.