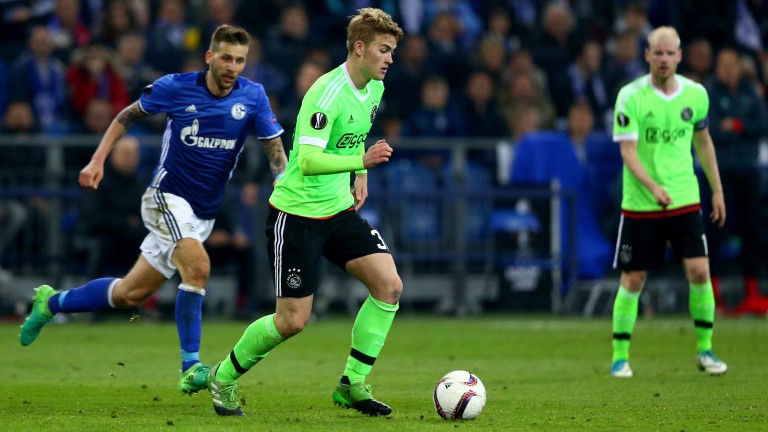 Matthijs de Ligt of Ajax during their Europa League defeat to Schalke
Christof Koepsel
1 of 1
By Steve Davies 7:57PM, APR 22 2017

Vitesse v Feyenoord Sky Sports 4 red button, 1.30pm
Vitesse have won five of their last seven home games, a sequence which includes a 2-0 triumph over a strong Feyenoord side in the cup.

It's definitely getting edgy at the top for leaders Feyenoord, who have failed to win three of their last four away games and can expect a real test in Arnhem.

PSV v Ajax Sky Sports Mix, 3.45pm
Ajax's two-hour slog at Schalke on Thursday night must have taken plenty out of Peter Bosz's side and they could well fade in Eindhoven.

The goal splits for these sides reveal that PSV's matches have produced 34 first-half goals and 49 second-half goals. For Ajax the split is 38-55. Late goals look to be on the cards.