Expect gritty Terriers to sink their teeth into Leeds 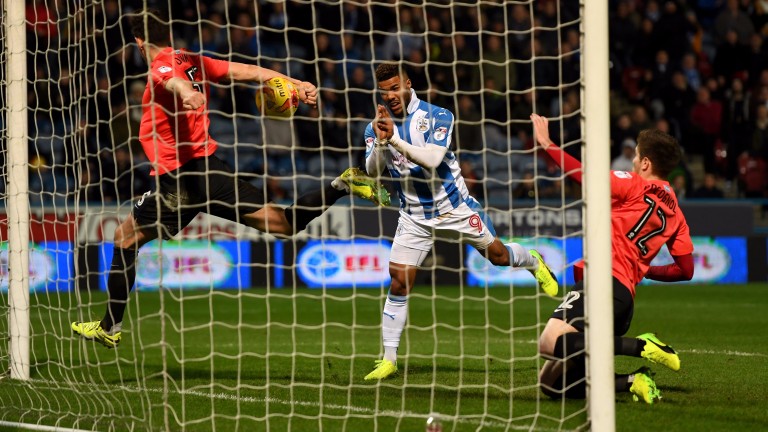 Huddersfield sent out a message to the Sky Bet Championship promotion race by defeating high-flying Brighton on Thursday and a repeat performance from the gritty Terriers this afternoon could spell danger for their West Yorkshire rivals Leeds.

David Wagner’s men have been a breath of fresh air this season, particularly at the John Smith’s Stadium, and the 3-1 win against the Seagulls highlighted everything positive about Huddersfield’s fast-flowing, attractive football.

First-half goals from Tommy Smith, Nahki Wells and Elias Kachunga were enough to see off Brighton and supporting a similarly fast start this afternoon may be the way to go.

The Terriers trail their bitter rivals Leeds by two points in the table but they are a different animal when they are at home, where they have lost just twice this term.

The hosts recorded nine shots on target in midweek and created seven in their previous victory against Ipswich.

Wagner’s side have a tendency to start games quickly and they have been ahead at the break in their last three home encounters.

Leeds arrive having won 2-1 at Blackburn but prior to that had won just once on their travels since a December triumph at Rotherham.

They have kept just three away clean sheets this term and could be set to struggle.

Team news
Huddersfield
Izzy Brown should shrug off a midweek knock and Philip Billing is set to return from illness.

Leeds
Loan signings Modou Barrow and Alfonso Pedraza could make their debuts but defender Charlie Taylor is still not ready to return to action.