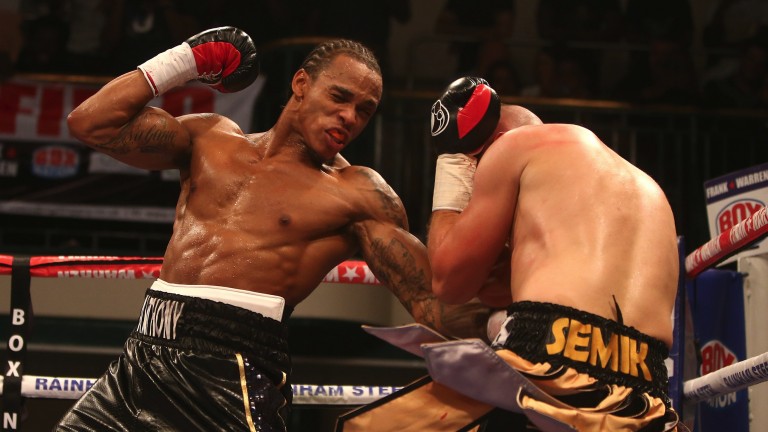 Anthony Yarde has been blasting his way up the light-heavyweight rankings and he should deliver another knockout performance against Argentina's Walter Gabriel Sequeira in Brentwood.

Yarde won the European title with a first-round KO of Richard Baranyi last year and has defended it four times since, stopping his opponents in three, four, seven and seven rounds.

Sequeira has been brought in as a tune-up fight as Yarde has stated he wants more experience before moving to world level, and he may not last long. It's only the second time Sequeira has fought outside Argentina - he lost on points to Avni Yildirim in Germany in 2016 - and he has been knocked down in the first round in two of his last five contests.

Yarde is just 2-7 to win by KO, but odds of 6-5 that he wins in the first five rounds look worth snapping up.

On the undercard, Gary Corcoran is 2-5 to beat Johnny Garton for the vacant British welterweight title.

Sky Sports are televising the later card in Boston where Demetrius Andrade is 1-12 to beat Walter Kautondokwa for the WBO middleweight title after Billy Joe Saunders was contentiously stripped of the belt.

Katie Taylor says her defence of the IBF & WBA female lightweight titles against Cindy Serrano will be her hardest fight, but bookmakers make her 1-25 to triumph, while British favourites Tommy Coyle, Scott Quigg and Kid Galahad are also in action.

Recommendation
Y Yarde to win in rounds one to five
2pts 6-5 Coral, Ladbrokes