Expect Etihad goals to flow with dodgy defences on show

Title hopefuls to serve up a treat 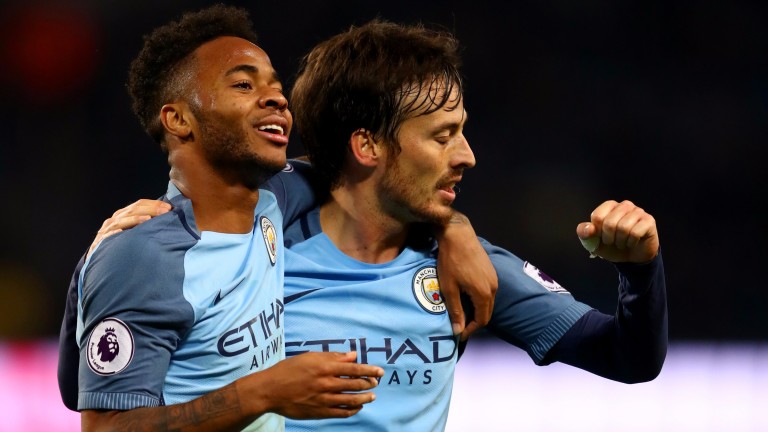 Raheem Sterling and David Silva can cause problems to Arsenal
Michael Steele
1 of 1
By Mark Langdon 2:56PM, DEC 18 2016

Manchester City and Arsenal both have plenty to prove heading into this titanic clash and viewers should be in for a treat as two of the Premier League’s most adventurous outfits meet.

There will be plenty of superb players on show at the Etihad in
both camps, although neither side can be trusted given their defensive frailties and backing both teams to score in the second half looks the best bet.

That happened the last time Arsenal were in Manchester for a 1-1 draw at United and it has been the case in half of the Gunners’ Premier League eight away matches.

Arsenal were slammed by many for their second-half performance at Everton on Tuesday which turned a promising 1-0 lead into a 2-1 defeat.

It was only the Gunners’ second Premier League defeat of the campaign but continued a worrying trend from last season when they won just once away to top-half rivals.

Indeed, the 3-0 win over a shambolic Chelsea apart, Arsenal have been poor in the elite tussles, losing 4-3 to Liverpool and not deserving more than a point from the draws against Tottenham and United.

City have even more question marks, particularly as they are without leading striker Sergio Aguero, first-choice central midfielders Ilkay Gundogan and Fernandinho as well as skipper Vincent Kompany.

Colleague Kevin Pullein recently produced evidence that a team are seven per cent less likely to win if their top goalscorer is absent and Arsenal will be much more confident of claiming a positive result without Aguero to terrorise them.

However, only Tottenham have stopped City from scoring in the Premier League this season and a midfield containing the quality of David Silva and Kevin De Bruyne always create chances.

For all that attacking intent, Pep Guardiola has been unable to get the balance right and they were consistently hit on the counter when conceding three to Chelsea and four at Leicester.

A 2-0 win over Watford on Wednesday is nowhere near enough evidence of that problem being solved, and City’s other clean sheets came against Bournemouth and West Brom.

John Stones was axed from the side in midweek after his shaky performance at Leicester but whoever is in that starting defence will have trouble containing the speed of 12-goal Alexis Sanchez.

Guardiola has said one of Toure or De Bruyne will have to play a more defensive role given City’s midfield absences, which only increases the chances of Arsenal landing a few meaty counter punches.

Team news
Man City
Ilkay Gundogan could be out for the season and joins Vincent Kompany and Fabian Delph on the sidelines. Sergio Aguero and Fernandinho are suspended.

Key stat
Arsenal have scored at least twice in five of their last six Premier League matches against City.