Expect Atalanta to settle for the point they need

Italian side set to progress 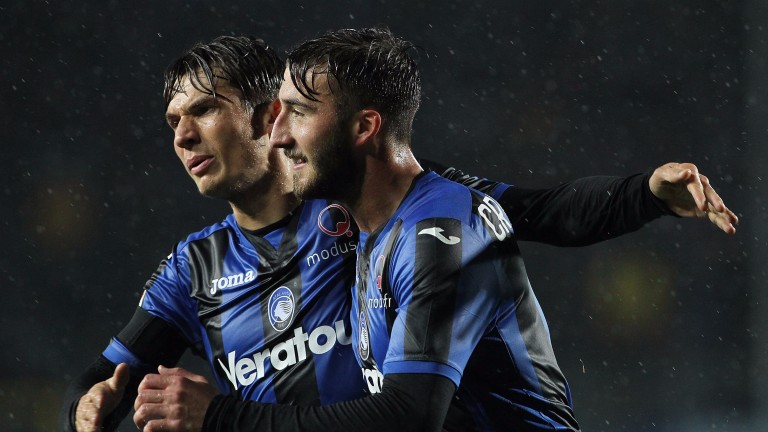 Italian teams have a reputation for knowing how to play for a draw when it suits them and Atalanta can collect the point they need to guarantee Europa League qualification by holding Everton at Goodison Park.

Everton have taken just one point from a possible 12 and their chances of progressing went out of the window with a 3-0 loss at Lyon on matchday four.

They are playing for pride, having lost the reverse fixture 3-0 in September, and the future of caretaker manager David Unsworth, who is still battling to convince the club's owners he is the right man to do the job long-term.

Marco Silva, Sam Allardyce, Louis van Gaal and Sean Dyche have been linked with the vacancy but Unsworth has been honest about his desire to take the reins and the players are doing their best for him.

They twice came from behind to snatch a 2-2 draw at Crystal Palace on Saturday but Everton's performance lacked quality and they could count themselves fortunate after losing the shot count 12-7.

Unsworth is still searching for his best team and the Atalanta game offers an opportunity for fringe players to stake their claim for more regular starts.

Wayne Rooney, an unused substitute at Selhurst Park, is among those likely to return to the side and his leadership qualities may rub off on the players around him.

If Atalanta were expecting an easy night's work against uninterested opponents they may be disappointed.

However, they have played with great commitment during the campaign (the club's first European adventure in 27 years) and are unlikely to be outfought on Merseyside.

The extra workload seems to be having a negative impact on Atalanta's Serie A fortunes.

They have taken one point from their last three league games and are in 12th place on 16 points, eight fewer than at the same stage of last season.

Gian Gasperini's side have failed to register a victory in eight away games this season but have managed four draws, including commendable results at Fiorentina (1-1) and Lyon (1-1).

Securing passage to the Europa League last 32 with a game to spare would allow Gasperini to focus on improving Atalanta's league position.

A first away win of the season would give them a major boost but a draw is all they require and looks the most likely outcome.

Atalanta
Josip Ilicic and Andrea Masiello are one booking away from a ban. Remo Freuler is back in contention after serving a domestic suspension at the weekend.

Key stat
Atalanta have drawn four of their last seven away fixtures.