Elgin to go down fighting in Wales 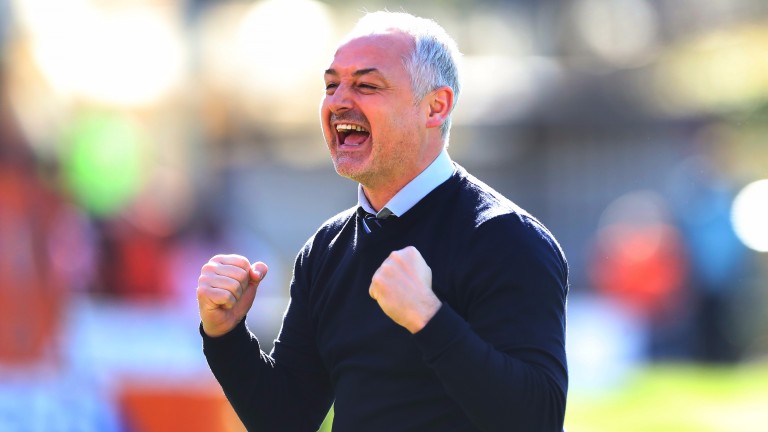 Linfield make their third visit to Scotland this season to face an experimental Dundee United side at Tannadice in the Challenge Cup.

United boss Ray McKinnon has revealed he will play a youthful line-up due to injuries and the need to prioritise their Ladbrokes Championship campaign.

The Belfast side have already played against Scottish teams of contrasting levels in the shape of Celtic in the Champions League and Lowland League side Spartans in this competition.

Caution is strongly advised until the line-ups are revealed as United are long odds-on but could put out a team crammed full of youngsters.

The Windsor Park side are usually good for goals and that could be the road to go down.

Team news
United are missing Paul Quinn, Tam Scobbie and Lewis Toshney.
Linfield are without keeper Roy Carroll, who is on international duty with Northern Ireland.

Key stat
Since losing 4-0 to Celtic in Glasgow, Linfield have scored in all ten games they have played.

Managerless Elgin City are unlikely to defy odds of 10-1 to win in Wales but they could score against The New Saints in the Challenge Cup.

The Borough Briggs side lost their manager Jim Weir this week, who quit to move to Forfar Atletic in the division above.

Assistant manager Gavin Price will be in charge for the visit to Park Hall before he joins up with Weir in Angus.

Ladbrokes League Two side Elgin have been in fineform and knocked out Irish side Bray Wanderers in the last round, but TNS should have too much for them in Oswestry having taken up their new customary slot on top of the Welsh Premier League.

Team news
The hosts are without ex-Motherwell defender Steven Saunders.
Elgin have a full squad to pick from.

Key stat
Elgin have scored at least twice in seven of their last eight games.

Best bets
Falkirk got their first league win of the season last week and they can mark the appointment of new manager Paul Hartley with a Challenge Cup win over rivals Dunfermline.

The Bairns have had a disastrous season and Peter Houston left the club after they sunk to second-bottom in the Ladbrokes Championship.

In contrast, Dunfermline started the season on fire and were scoring for fun. But there are signs that things could be changing.

Falkirk suddenly emerged from their slumber last week and won at Cappielow against Morton and few teams in the Championship will do that this season.

Dunfermline were smashed at home by Dundee United and suddenly looked vulnerable at the back.

The Fifers are missing four players this week on international duty, including key defenders Callum Morris and Ryan Williamson.

But Hartley will surely have an input over the head of the ageing ex-Aberdeen and Dundee United manager and his Falkirk players will want to show him they are better than their league position suggests.

Peterhead will fancy winning their derby against struggling Inverness at an inflated price.

John Robertson's return to Caley Thistle has been a disaster. The side who were relegated from Ladbrokes Premiership have been woeful in the second tier.

A word of warning - Peterhead are incredibly inconsistent. One week they are walloping teams like Cowdenbeath and Edinburgh City, the next they are losing at home to struggling Berwick Rangers.

But at 5-1 they are worth a punt against the Inverness side.
ICT appear to have lost all confidence and are in dire straits this season, particularly in defence.

They will be up for this and are worth a tickle against a side lacking confidence.