Chiefs can pull clear in high-scoring contest at Sandy Park 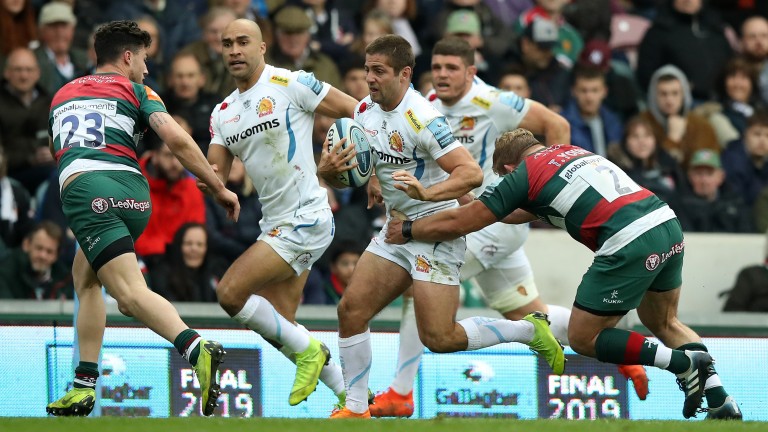 Exeter were nine points clear at the top of the Premiership after 18 games, with a home semi-final assured and no European distractions.

Yet head coach Rob Baxter insisted before last week's trip to Leicester that he wanted an increase in intensity for the rest of the season and he was rewarded as his side put 50 points on the Tigers in a record Welford Road victory.

The west country side finished top of the table last season but were undone in the playoff final by a Saracens side who had finished with just the kind of dominant closing run that Exeter are trying to put together.

The Chiefs have won their last five matches, covering the handicap in all but one, and have piled on 23 tries, so it is no surprise to see a handicap in the mid-teens for this assignment.

Wasps are not yet out of the playoff picture as the battle to fill the spots behind runaway leaders Exeter and Sarries is filled with teams lacking consistency.

They snapped a four-match losing run with victory over second-bottom Worcester last time out, taking a try-bonus point for only the second time this year.

Given the pace and flair in their backline Wasps should be scoring more tries and if they have rediscovered their touch we could be in for a high-scoring game, similar to the 42-31 victory Exeter achieved in the reverse fixture.

But Exeter showed in their pounding of Leicester that every facet of their game is clicking and they should pull clear.