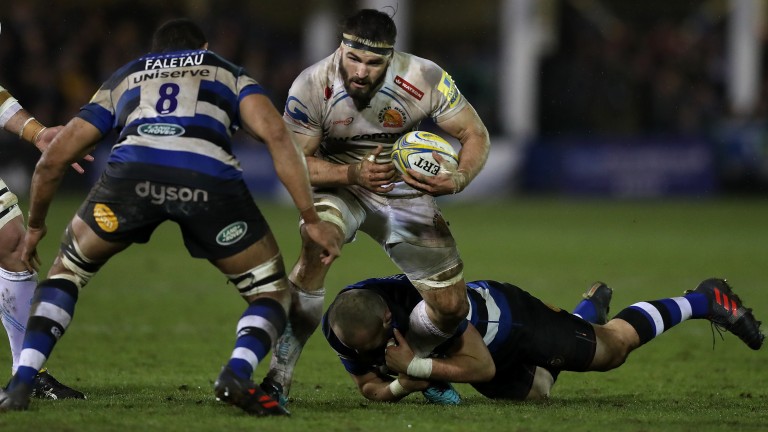 It's less than two weeks since the Anglo-Welsh Cup final at Kingsholm had to be postponed because of snow, but a lot has happened in that short time.

Cup final rivals Bath and Exeter were due to meet in their next Premiership fixture at The Rec, a clash which turned out to be a physical contest in tough conditions which the Chiefs edged 20-18.

And that hard-fought game has taken a toll as Bath's injury list has grown, particularly in the front row, with even more demanding, heavy and wet conditions forecast for this Good Friday cup showdown.

A shortage of front-row players means Shaun Knight is the only fit senior tighthead so Victor Delmas, who had been due to join from French side Colomiers, has been drafted in early to start on the bench, while Jack Walker, who has made seven first-team appearances, is the back-up hooker.

Exeter have stuck with their policy of letting the young guns star in this tournament and so have retained just one player from the starting line-up last week - fly-half Joe Simmonds - while Bath have eight.

The young Chiefs played an exciting brand of rugby on their way through the group stage, topping the try charts with 23 in four matches, nearly twice as many as Bath.

But both finals were close and low-scoring and we could be in for more of the same with rain forecast on and off pretty much throughout the 48 hours leading up to kick-off at Kingsholm, Gloucester.

In a winner-takes-all final in poor conditions, early chances to kick for goal will surely be snapped up, so backing Exeter to make the most of their possible scrum dominance seems a decent wager.

And although tries may be scarce, fly-half Simmonds is a big price to follow up his effort against Newcastle in the semi-finals. It may not be a day for expansive rugby so look to Simmonds to make the best of the territory his forwards present him with.