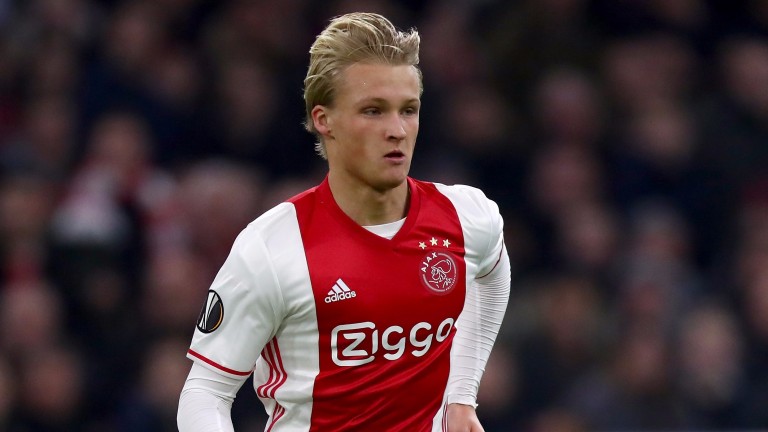 Ajax Teenager Kasper Dolberg could have a big part to play
Dean Mouhtaropoulos
1 of 1
By Aaron Ashley 8:00PM, AUG 23 2017

Last season's Europa League finalists Ajax were left stunned by Norwegian champions Rosenborg in Amsterdam last week but they can put that behind them and claim a vital victory in the return leg in Trondheim.

Ajax's youthful bunch were beaten by Manchester United in May's final but the provided great entertainment with their fearless attacking approach and have the players to turn the tie around.

Marcel Keizer has had a difficult start to his Ajax reign. The Dutch side were dumped out of Champions League qualifying by Nice on away goals and they lost their Eredivisie opener 2-1 to minnows Heracles.

The 1-0 defeat at the hands of 11-1 underdogs Rosenborg added to the sense that all is not well in Amsterdam. However, Ajax dominated the match, enjoying 64 per cent of possession and winning the shot count 23-7, and a little more efficiency in front of goal could see the first-leg deficit swiftly erased.

However, the experience of Klaas-Jan Huntelaar has given their attacking ranks a significant boost while teenage sensation Kasper Dolberg has the ability to cause problems for any rearguard in Europe.

Ajax claimed their first win under new boss Keizer at the weekend when winning 3-1 at home to Groningen and that may have eased the nerves in the camp.

Rosenborg have a healthy lead in the Norwegian top flight but they were beaten 1-0 at home to fifth-placed Haugesund at the weekend and that result offers Ajax plenty of hope.