Ewan victorious as Jungels holds on to pink jersey

Stage eight has a cobbled finale 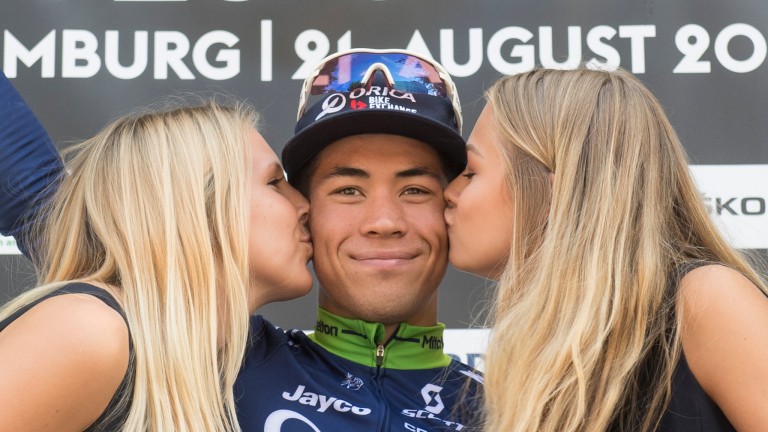 Australian sprinter Caleb Ewan claimed a first Giro d'Italia stage of his career in a thrilling finish to stage seven in Alberobello.

The Orica-Scott rider fended off the fast-finishing Fernando Gaviria and Ireland's Sam Bennett by the width of half a wheel to claim a first stage success since the Abu Dhabi Tour in February.

Quick-Step Floors rider Bob Jungels held on to the overall lead for the fourth consecutive stage after finishing safely in the pack. The Luxembourg national champion is a general 33-1 shot for the Giro crown.

Stage eight begins in sedate fashion with 85km of flat terrain before the category-two ascent to Monte Saint'Angelo signals the start of a constantly undulating final 100km.

The technical finish is unlikely to suit the pure sprinters with a mixture of descents and climbs culminating in a cobbled finale with gradients reaching 12 per cent in places.

As was the case with stage six, the route should suit punchier riders.