Everything you need to know about The Masters at Augusta National 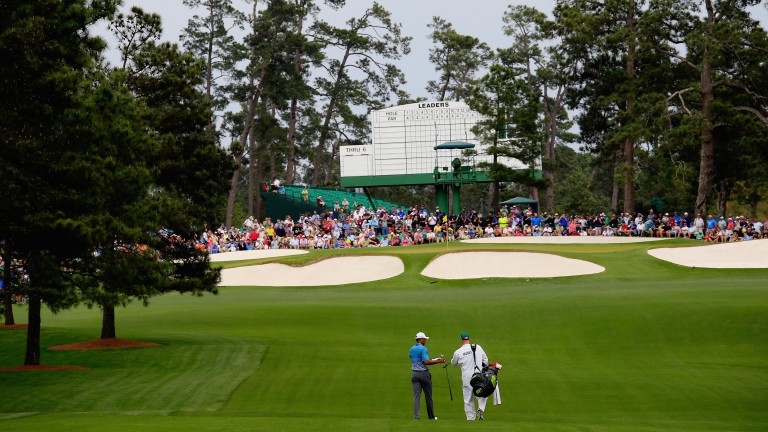 The cut The top 50 players (plus ties) qualify for the final 36 holes, along with anyone within ten shots of the lead.

Time difference Georgia is five hours behind the UK and Ireland.

Course overview Home of the Masters since 1934, Augusta is the only Major venue which is used every season.

Generous fairways and token rough, known only as the 'second-cut' by Augusta officials, encourage aggressive driving, but the course demands accurate iron shots to the fastest greens in golf. Avoiding three-putts is hugely challenging given the pace and severity of the undulations. Sound course management is required to find the easiest spots from which to putt.

The two short par fives on the back nine, the 13th and 15th, are classic risk-reward holes where the Masters is often won or lost. Eagles are achievable, but greenside water hazards are lurking to punish muffed approaches.

The story of last year Sergio Garcia was two shots behind with six holes to play, looking likely to remain the 'best player never to have won a Major', but the Spaniard eagled the 15th hole to draw level with Justin Rose boarding the 16th tee. Rose birdied the 16th, but bogeyed the 17th, before both parred the 18th, meaning a playoff.

Garcia dominated the first extra hole, draining a birdie putt from 12 feet to win a Major for the first time in 74 attempts.

Weather forecast Wednesday thunderstorms are forecast, with further rain expected on Saturday, so the course should not get too dry. Moderate breezes throughout.

Type of player suited to the challenge Length off the tee is a significant advantage, especially when the track is softened by rain. Only two of the last 18 Masters have been won by short hitters - Mike Weir in 2003 and Zach Johnson in 2007.

Powerhouses are able to attack the small targets with lofted clubs in their hand. Accurate approaches are the key to success.