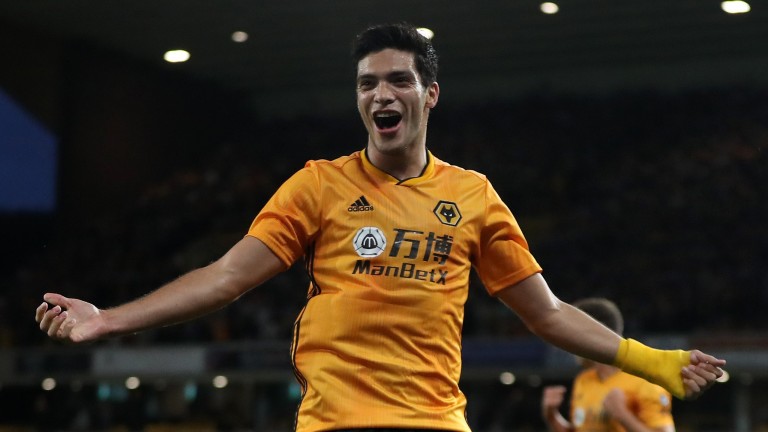 Wolves striker Raul Jimenez has started the season in cracking form
David Rogers
1 of 1
By Steve Davies UPDATED 11:52AM, SEP 1 2019

Everton
New signing Jean-Philippe Gbamin is out for two months.

Wolves
Ruben Neves should be recalled after being left on the bench against Torino on Thursday. Adama Traore is pushing for a start.

Wolves are struggling to come to terms with their Europa League-Premier League schedule so it would not be a huge surprise if, for a fourth successive time, they follow a Thursday-night European triumph with a weekend draw.

Nuno Espirito Santo’s men have won all six of their ties to qualify for the Europa League group stage but those continental successes have been offset by a trio of domestic stalemates.

It’s played three, drawn three in the Premier League for Wanderers and that may well read four out of four by the time they have signed off at Goodison Park on Sunday afternoon.

These sides were separated by just three points last season and there still doesn’t look to be a great deal to choose between them.

Everton have kicked off their campaign with a 0-0 draw at Crystal Palace, a 1-0 win over Watford and a 2-0 loss at promoted Aston Villa.

Just like last season, there have been flashes of quality and periods of gloom and the Toffees still look lightweight in the opposition box.

Few are convinced that Dominic Calvert-Lewin is their long-term solution at number nine but Cenk Tosun is not a great alternative and Richarlison doesn't appear to be at his best playing through the middle.

How Everton would love to have a centre-forward as tasty as Wolves's Raul Jimenez, who has bagged seven in seven starts this season and is the ideal focal point up top given the way Nuno wants to play the game.

Wanderers come into the game after sealing Europa League progress on Thursday with a 2-1 home triumph over Torino but that must have taken something out of them.

In all three of their league draws against Leicester, Manchester United and Burnley, there have been periods where they were getting dominated.

The rigours of their schedule can’t be helping the situation, especially for a player like Jimenez who, due to international commitments, hasn’t had a full summer off since he turned pro in 2011.

Everton will want to be positive as the home side and are defending a proud record in front of their own fans – they have won their last five home league games to nil and haven’t conceded at Goodison in six matches.

But Marco Silva mentioned Wolves’s strength on the counter this week and he and his players have first-hand experience of that threat. In February, when the sides last met, the Toffees bossed pretty much every statistical indicator apart from the key one – the scoreline – as Wolves won 3-1.

Both meetings last season rewarded backers of over 3.5 goals but something more cagey is envisaged this time around as goals haven't exactly been flowing in league matches featuring these two this term.

Everton and Wolves prop up the goals-per-game table with 1.0 and 1.33 respectively this season.