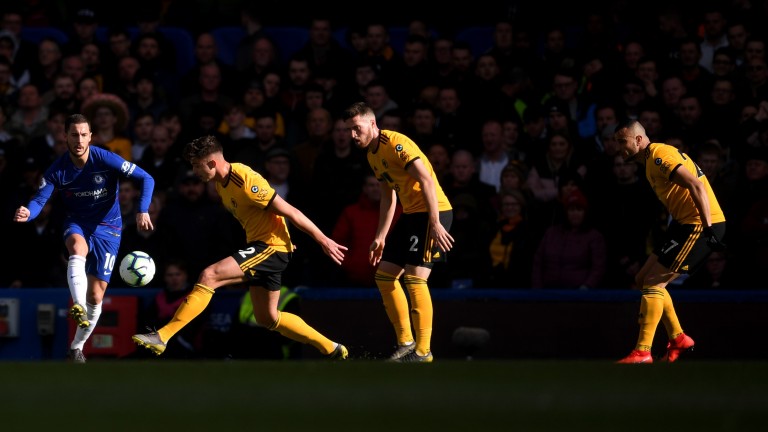 Even Everton fans, well used to their team’s inconsistencies, were doing their nut during last weekend’s second-half collapse at St James’ Park, but that shouldn’t necessarily be grounds for punters to assume the Toffees will lose at home to Chelsea.

Everton were in cruise control at Newcastle as they raced into a 2-0 lead only to disappear after the break, handing the Toon three goals and three points.

That game summed up Everton’s season, showing why they are where they are in the Premier League table.

That second-half capitulation on Tyneside was even harder to comprehend given that it came hot on the heels of a pair of impressive efforts at Cardiff (3-0) and at home to Liverpool (0-0).

However, if Marco Silva’s men summon up memories of what they did right against the Reds rather than what they did wrong against the Magpies then they could get something out of their game against Chelsea. A win might be beyond them, but a draw isn’t.

Everton have a fairly ropey record against the big boys. They haven't beaten one of the established big six in the league for more than two years, but they drew 0-0 at Stamford Bridge in November.

It has been a hectic week for Chelsea, who were taken to the limit by Wolves last Sunday before flying out to Ukraine to complete their demolition of Dynamo Kiev in the Europa League.

One or two key men – Eden Hazard notably – were handed a rest in midweek but Chelsea’s squad isn’t the biggest and the Goodison Park assignment is their 50th match of the season. For Everton this is only match number 35.

Chelsea are unbeaten in seven games, so it’s difficult to suggest that the workload is getting to them, but the Blues' performances have been mixed, albeit not quite as mixed as Everton’s.

The clean sheet in Kiev was just Chelsea’s second shutout in their last 13 away games and if the likes of Brighton, Fulham, Vidi and Malmo can find a way through the barricades then so can Everton.

That said, this match will be all about Everton looking to contain Chelsea, as they managed successfully at the Bridge. Maurizio Sarri’s men were on a golden run at the time but the visitors turned the contest into a scrappy, niggly affair in which the hosts struggled to create chances.

It was the second successive 0-0 draw between the sides and another low-scorer looks to be on the cards at Goodison.

Referee Kevin Friend produced seven yellow cards in their first Premier League meeting this term and some of the needle between the clubs is still lingering so take arbiter Anthony Taylor to reach for his pocket at least four times.

Team news
Everton
Kurt Zouma is ineligible to play against his parent club and Phil Jagielka is also out. Seamus Coleman has recovered from illness.

Chelsea
Striker Gonzalo Higuain is expected to return after illness.

Key stat
Everton have failed to score in any of their last five Premier League matches against Chelsea.