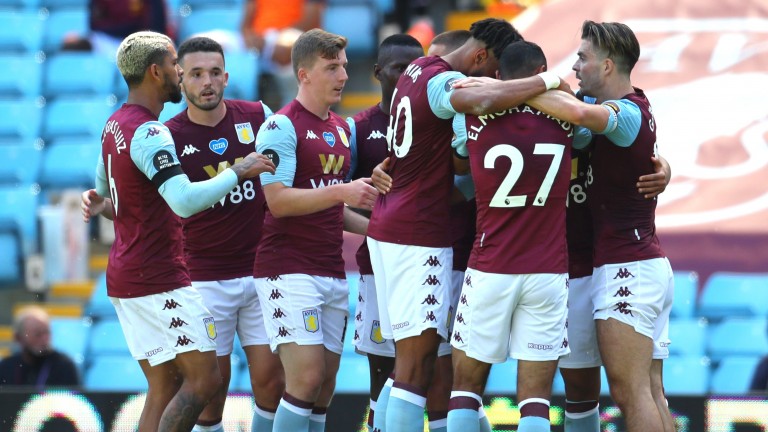 Everton
Andre Gomes and Mason Holgate could return but Yerry Mina must be assessed.

Aston Villa
Goalkeeper Tom Heaton and striker Wesley remain on the sidelines. Kortney Hause and Neil Taylor are also expected to miss out and Bjorn Engels is a doubt.

Aston Villa have plenty to do in their pursuit of Premier League survival but they can bolster their chances of pulling off a miraculous escape with a surprise victory over Everton at Goodison Park.

Villa are four points adrift of top-flight survival with three games to go but they arrive on Merseyside with confidence restored after Sunday’s 2-0 victory at home to Crystal Palace and they may be able to follow up against the tepid Toffees.

Dean Smith’s side have endured some tough fixtures since the Premier League returned but despite a lack of positive results, they have been far from disgraced against some quality opposition.

Villa have suffered one-goal defeats at home to Chelsea and Wolves, pinched a point from Sheffield United and were more than a match for Liverpool (2-0) and Manchester United (3-0) until shipping the opening goal.

A reproduction of any of those efforts, particularly if influential midfielders Jack Grealish and John McGinn are at their best, would see them cause problems for a dispirited Everton side.

Carlo Ancelotti’s Toffees were readily picked off 3-0 by Wolves last time out, a performance that left the Italian questioning the hunger and the desire of his squad.

With only four goals scored in their last seven games, Richarlison and Dominic Calvert-Lewin are not receiving the service they deserve, particularly with Gylfi Sigurdsson struggling to find his spark and the tricky Bernard appearing out of favour.

In a game where goals look in short supply, one may be enough to pinch it for Villa.

Everton have won only two of their last nine Premier League games.