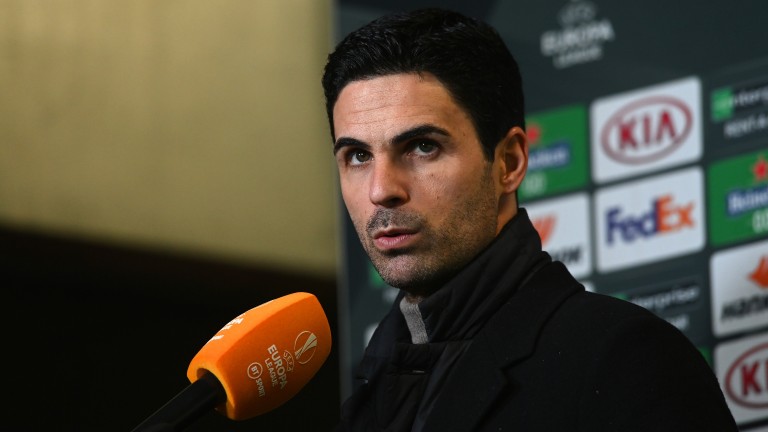 Arsenal
Thomas Partey, and Calum Chambers are injured, although Gabi Martinelli is "very close" according to Mikel Arteta. Gabriel and Granit Xhaka are suspended, but Hector Bellerin is back from a ban.

Mikel Arteta celebrates the anniversary of his first year in charge of Arsenal this weekend and much like the Gunners' performances throughout the season it could fall flat.

There was much to admire about Arteta in the early days and it resulted in him lifting the FA Cup. But he has also overseen the worst start in 42 years to an Arsenal league campaign and more misery is anticipated against his former club Everton.

Arteta was given a vote of confidence earlier in the week but there is only so long he can remain at the helm with the Gunners down in 15th spot, and after this difficult clash at Goodison Park comes an EFL quarter-final against Manchester City and a league date with Chelsea.

It feels like a make-or-break week, otherwise the following matches away to Brighton and West Brom will be dubbed relegation six-pointers by the football-banter brigade. Only it is no laughing matter for a proud club not used to such abysmal runs.

It's one win in nine with three goals scored in that period and the fact that Wednesday's 1-1 home draw with Southampton felt like a positive result shows how far the standards have slipped.

Classy centre-back Gabriel, one of the few successes stories of the season, was red-carded in that game and is suspended, joining fellow bad boy Granit Xhaka on the sidelines.

It would help Arteta if his players could stop getting dismissed - they have had three red cards in the last five league games - although even when they had 11 men on the pitch the Gunners have still been turned over by Leicester, Aston Villa, Wolves and Spurs.

The red cards don't help the statistics but Arsenal are 16th in shots and shots on target.

On expected-goal metrics they are a bottom-half team and working out just how low Arsenal could go in the table come the season end is a difficult conundrum for punters and bookmakers.

Everton, who will be backed by 2,000 home supporters inside Goodison, stuttered after a flying start and won only one of seven between mid-October and early December.

However, the Toffees have since responded well to those setbacks and recorded successive wins to nil over Chelsea and Leicester.

They have also won at Tottenham this term and drawn with Liverpool so are much easier to trust despite injuries to Allan, Lucas Digne and James Rodriguez.

Allan's energy and positional awareness will be difficult to replace but Richarlison's creativity compensates for Rodriguez's absence and 11-goal Dominic Calvert-Lewin has scored as many times as Arsenal in this season's Premier League.