Goodison clash could be cagey 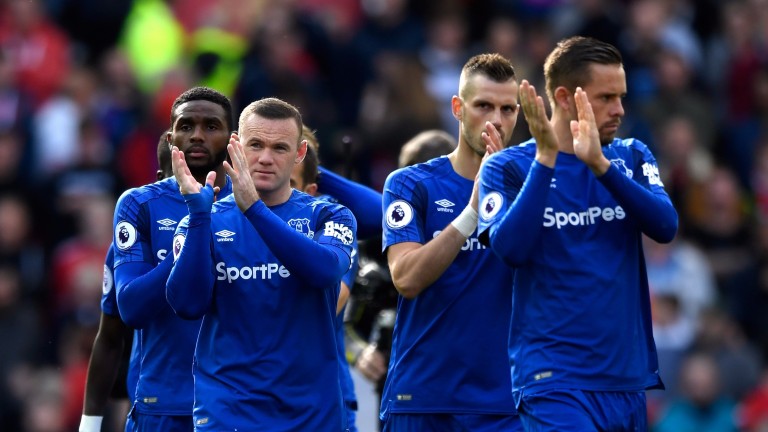 Bookmakers are taking few chances with Ronald Koeman’s expensively-assembled, underperforming side but the Toffees are no sort of a bet at 1-3.

Humbled 3-0 by Atalanta in their opener, they should chalk up three points against Apollon but aren’t a side to trust at short odds.

Saturday’s 2-1 win against Bournemouth was their first in the Premier League since the opening weekend and Oumar Niasse, whose late double saved Koeman from some almighty flak, isn’t eligible to play on Thursday.

Koeman has yet to get much out of expensive recruits Gylfi Sigurdsson and Davy Klaassen and as a unit Everton look totally out of sorts.

They ought to break down their guests eventually but Paddy Power have set the first goal mark at 25 minutes and the evens that it comes after that point looks a really good bet.

In only one of 12 Everton games this season has the first goal been scored before the 25th minute and even Atalanta left it until the 27th minute before their early bombardment struck gold.

Apollon, meanwhile, were engaged in a decent 1-1 draw at home to crack French side Lyon – first goal time: 53 minutes – where the hosts were good value for their point.

Apollon, who saw off Aberdeen and Midtjylland in qualifying, have been rebuilt in recent seasons to such an extent that not a single member of the side who kicked off against Lyon was Cypriot.

Coach Sofronis Augousti is blessed with a multi-national roster of Brazilians, Serbs, Portuguese, Greeks, Spaniards and many more, and they shouldn’t be taken lightly.

Rivals Apoel gave Spurs a serious working over in the Champions League on Tuesday night and Cypriot league football is clearly improving.

Everton have loads of players missing and Koeman, a rotator par excellence, will shuffle his pack once again although some critics on Merseyside suggest his chopping and changing is partly to blame for the Toffees' slow starts in games.

Team news
Everton
Michael Keane is a major doubt. Seamus Coleman, Ross Barkley, Ramiro Funes Mori and Yannick Bolasie are long-term crocks. Phil Jagielka and James McCarthy haven’t trained with the first team this week and Oumar Niasse is not in the squad.

A Limassol
Midfielder Evdoras Silvestros is injured so misses out on a place in Apollon’s 29-man travelling party.

Key stat
Both teams have scored in each of Apollon’s last eight matches.