Everton facing another tough away trip 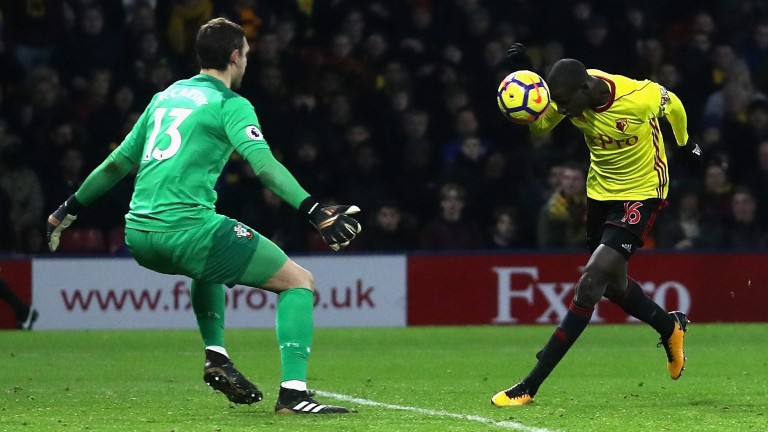 Everton fans are praying that the strains of the Z-Cars theme will make Wayne Rooney and co feel at home at Watford although the boys in blue have struggled to convince anyone they are worth a punt on the road.

Sam Allardyce’s dismal travellers boast one of the grimmest away records in the Premier League and, worse still, they don’t look as though they are getting close to turning that form around.

The shared walk-out music might, for a few seconds at least, offer Everton a reminder of home but once the shrill blast of the referee’s whistle sounds, expect normal service to be resumed.

Chelsea were the last side to visit Watford and they were thumped 4-1 so Everton, who have won just one top-flight game away from Goodison Park in 13 months, have to be fearing the worst.

Just four points separate these sides although they have been heading in different directions in recent months with Everton’s attempt at luring Marco Silva to Merseyside seen, by Watford at least, as the reason for their decline.

The Silva saga adds spice to this showdown, even though he’s gone and Javi Gracia is the man charged with ensuring the Hertfordshire club don’t get dragged into a relegation scrap.

The Spaniard has secured a win, a draw and a defeat in his three matches in charge so, while the word from the dressing room is that the stability is welcome, the jury is definitely out on the ex-Malaga man as a manager.

As for Everton, the jury has long since given up on Allardyce. The former England boss is an open book and Everton supporters know that means the chances are another woeful away performance is on the cards.

Allardyce has been accused of lacking ambition – playing five at the back at West Brom in a game which ended 0-0 adds weight to that charge – and it isn’t easy to come up with many reasons why you would want to back Everton.

Theo Walcott has arrived with a bang and pepped them up as an attacking force, but they still look a disaster waiting to happen at the back, especially if Big Sam can’t get his first-choice full-backs on the field.

In midfield they are likely to be outmuscled by Etienne Capoue and the monstrously impressive (and, therefore, soon-to-depart) Abdoulaye Doucoure.

That said, five of Everton's seven away defeats were against sides in the top eight and they’re far better at avoiding defeat at teams below them in the table.

But they aren’t a particularly good side. Even their 3-1 win against Crystal Palace last time out was little more than okay.

Watford have the players to hurt the visitors – especially Everton old boy Gerard Deulofeu and Richarlison – and punters can expect chances. There were plenty when the teams met at Goodison, where the Toffees won 3-2 and Watford's Tom Cleverley missed a late penalty.

The match prices look about right though there’s arguably merit in over 2.5 goals at 11-10, or maybe even over 3.5.

Gracia has promised a positive approach and that should mean chances for midfielders, including seven-goal Doucoure, who is a threat from set-plays and from distance. He appears a decent bet at 14-1 to open the scoring.

Key stat
Everton have won just one of their last 21 Premier League away matches.