Where possession falls is a key consideration 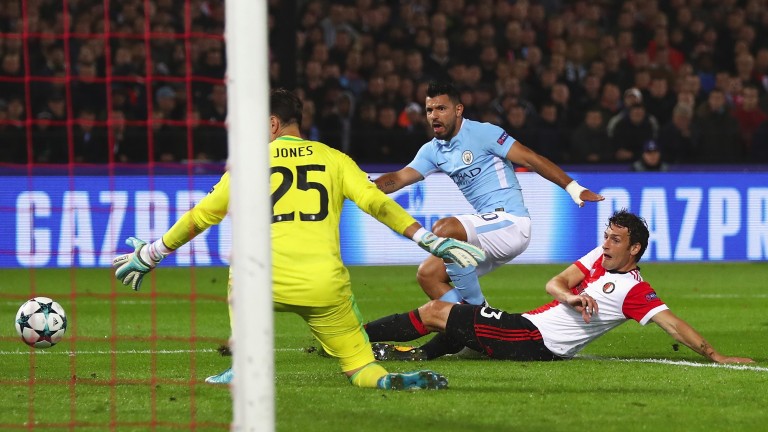 A few years ago analysts at Manchester City discovered a link with winning that I can confirm is particularly strong in the Champions League.

Simon Wilson, then City’s head of strategic performance analysis, said: “When we studied the profile of the top teams against average teams, the thing we saw was that the best teams dominate possession in the final third.”

Using statistics from the Uefa Champions League technical reports for the past three seasons, and a bit of basic maths, I was able to work out what proportion of matches teams spent in possession in different parts of the pitch.

All teams – good, bad and in between – spent about the same amount of time in the defensive third. Good teams, though, spent longer than bad teams in the middle and attacking thirds.

There are differences between teams who enjoyed different levels of success in the Champions League over the last three seasons - teams eliminated at the group stage, teams knocked out in the round of 16 and teams who progressed to the quarter-finals, semi-finals or final.

Each set of teams spent 14 per cent of matches with the ball in the defensive third.

Why Mourinho is typical of Champions League group stage

Why the lion's share of possession is no guarantee of victory

Champions rarely end up on the route to glory in Europe

Generally speaking, good teams have more possession than bad teams in total. As I mentioned last month, overwhelming possession can be a sign that a team is better at building moves than ending them. Usually, though, the two things go together. Teams who are good at passing tend to be good also at getting into shooting positions.

Critics who say possession is meaningless argue that a team could have a lot simply because defenders pass the ball between themselves in their own half.

The latest Champions League technical report makes the same point: “Possession stats, after all, are easily inflated by low-tempo passing interchanges in the defensive third against opponents who do not push up to press but prefer to rely on rapid transitions into compact defensive blocks.”

What is particularly interesting is that good teams who have little possession in total – exceptions to the general rule – still have a lot of possession in the final third.

The longer you spend trying to do something the more likely you are to succeed. To score a goal a team must have the ball in or near the opposition’s penalty area. The longer they spend in possession in that zone the more often they should score.

Excessive final-third possession might be an indication that a team are not able to make the last pass that sets up a shot or header. Manchester City measured something else in the final third that also correlated with winning: accurate forward passes.

Simon Wilson said: “The success rate of the passes was very high, particularly forward passing. So now, when we recruit players, we pay special attention to individuals with high pass-completion rates.”

We saw some two weeks ago when City won their first Champions League game of the season 4-0 at Feyenoord, and we will see some again tomorrow when they play the second at home to Shakhtar Donetsk.

The best teams in the Champions League do less running than the worst. This does not mean that a player in a bad team would become better if he stood still. More likely it is a consequence of the fact that football requires most effort when you do not have the ball, and bad teams spend longer without the ball.

Perhaps the most noteworthy thing about running stats is how little they differ between various sorts of teams. All teams work hard, with and without the ball. And differences between teams can be put down in large part to how long they have to spend doing the hardest work of all, chasing the ball.

As I have found in other competitions, successful teams did less running than unsuccessful ones but what is most striking is that the differences are small. A player for the Champions League winners might average about two metres per minute less than a player for a team knocked out at the group stage. Two steps per minute.