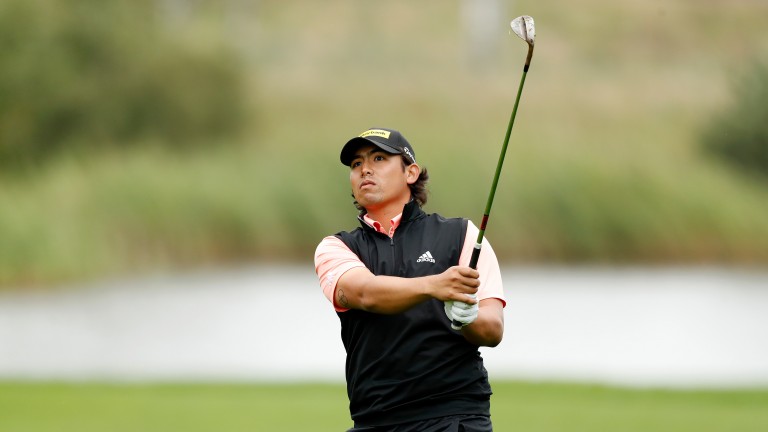 Gavin Green a prolific winner as an amateur on the Asian circuit, has been in good form for a couple of months now, finishing in the top ten at the Belgian Knockout, Andalucia Masters and Irish Open
Getty Images
1 of 1
By Matthew Ireland UPDATED 6:16PM, SEP 10 2019

The Dutch Open is sponsored by KLM, Holland’s national airline, and it may have just found something of a spiritual home in the shape of the International Golf Club on the outskirts of Amsterdam.

Only the width of the A9 motorway separates Holland’s main aviation hub from the 6,966-yard par 73 Championship course where five par-fives - the longest of which is under 559 yards - offer ample opportunity for birdies and eagles.

Former Masters champion Patrick Reed makes his Dutch debut and is the bookies’ favourite as he continues his European jaunt in a field containing another Augusta winner in Sergio Garcia and two-time Major champion Martin Kaymer for the tournament’s 100th anniversary.

But beware — the KLM Open has been a minefield for punters in its last two runnings with Ashun Wu triumphing at 125-1 last year and Romain Wattel, a fast finishing sixth in Germany last week, 175-1 in 2017.

At a touch under 7,000 yards the International favours accuracy over length with the quintet of par fives reachable in two shots for just about all the field. The course relies on defences of dunes, water and tricky greens to provide the test meaning hitting greens in regulation will be key this week.

Malaysian Gavin Green swerved last week’s European Open and that decision could pay dividends as he bids to shed his maiden tag on the European Tour.

Green, a prolific winner as an amateur on the Asian circuit, has been in good form for a couple of months now, finishing in the top ten at the Belgian Knockout (fifth), Andalucia Masters (tied eighth) and Irish Open (tied ninth) since the beginning of June. His last two outings at the Scandinavian Invitation and European Masters have also been encouraging.

Although not tame off the tee by any means - he is 84th in the driving distance stats - the fact he is ranked sixth in GIR, 12th in average birdies per round and 26th in scoring stats this season makes for a more compelling case to back him at the International.

The Malaysian couldn’t quite hold the pace at Crans-sur-Sierre last time out having led at the halfway mark after carding 14 birdies in his first two rounds. But if his iron play is of a similar quality this week he should get plenty of looks at birdie putting him firmly in the mix to break his tour duck.

Low-flying aircraft should be on alert whenever Thomas Pieters steps up to the tee this week and it would be remiss not to give the big-hitting Belgian a strong chance of being crowned KLM champion for a second time in his career.

If Pieters believes in superstition then the fact that he won this year’s Czech Masters in August, just as he did in 2015 before triumphing in Holland that year, should give him plenty of belief.  However, there is more than just a sense of symmetry in his favour.

The International’s par fives are clearly going to be a major source of shots gained this week and Pieters has the length to turn them into a procession but he is not just a one-trick pony. It might come as a surprise to some that he ranks in the top 25 for GIR, 12th in shots gained approaching the green and third in shots gained tee to green, indicating that his all-round game has been in decent nick this season.

Consistency hasn't been Ashley Chesters' strong suit this season with an encouraging performance invariably followed by a disappointing one but backing up on a course such as the International could see him buck that trend.

Despite his relative lack of success this term, last week's ninth place being his highest finish of the year, he still ranks fifth on driving accuracy and in the top 20 for GIR.

Dutch Open form figures of 60/28 are nothing special but he was ninth going into the weekend last year.

Finding the short grass off the tee and hitting greens is the order of the day in Holland, and Chesters is well suited to the demands especially if his putting holds up as it did in Germany, where he ranked third in the putting average statistics.

Patrick Reed The 2018 Masters champion laboured to a tie of 36th at Green Eagle but was a winner at the mega-bucks Northern Trust only five weeks ago and is obviously a danger to all.

Sergio Garcia An accuracy test should suit such a pure ball striker as Garcia but he has missed four cuts in his last nine starts that have yielded only one top ten.

Matt Wallace At 30th in the world, Wallace is the highest-ranked European on show. A three-time winner last season he has come close in big events on both sides of the Atlantic this season without getting over the line.

Joost Luiten Home favourite who won his home open in 2013 and 2016. Not quite been in that form recently but a danger on a track that should suit in front of his home galleries.

Romain Wattel Former KLM champion finished with a rattle in Germany last week, carding 67-64 on the weekend, to finish sixth.

When to bet By 6.45am Thursday

When to watch Sky Sports Golf, from 10.30am Thursday

Time difference Holland is one hour ahead the UK & Ireland

Course overview Opened in 2012, the International is situated just four miles from the centre of Amsterdam and the width of a motorway from Schipol Airport.

Co-designed by Ian Woosnam and Belgian architect Bruno Steensels, the inland course has a distinctive links feel to it with undulations, thick rough and water in play on seven holes. Large greens are protected by sand on both sides, making accuracy key when eyeing up approaches to the flag stick.

Five par fives that are all reachable in two shots depending if the fairway has been found off the tee provide ample birdie opportunities or better.

Story of last year Ashun Wu claimed his third European Tour title with a one-stroke victory over Chris Wood at The Dutch. Wu began the final round a shot adrift of the Englishman but Wood paid the price for a double-bogey six at the 12th which China’s Wu seized upon, birdieing the final hole to finish on 16 under par.

Weather forecast A sunny four days are forecast for Amsterdam with only gentle breezes forecast.

Type of player suited to the challenge The International requires players to be precise off the tee and demands laser-like iron play to reach the correct portion of the green. With winds nt expected to be too strong, birdie-machines are likely to prosper.

FIRST PUBLISHED 1:44PM, SEP 10 2019
The course relies on defences of dunes, water and tricky greens to provide the test meaning hitting greens in regulation will be key this week