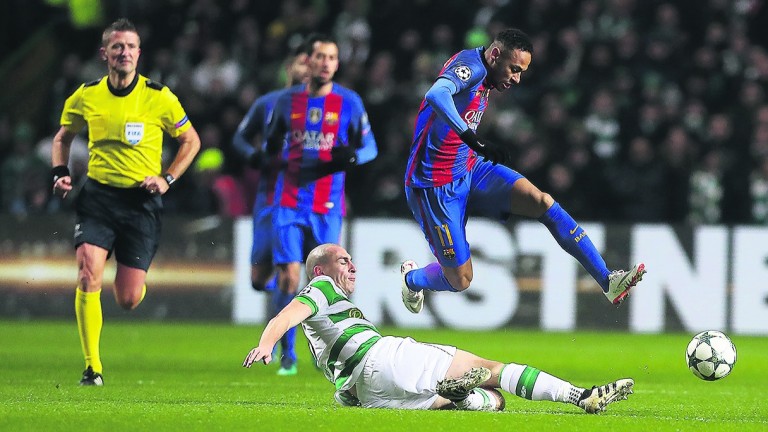 Steve Davies's verdict
Villarreal return from a Europa League kick in the teeth – they conceded late in a 1-1 draw at Zurich to leave qualification in the balance – but are looking unbeatable at the Madrigal in La Liga. Unbeaten at home this season and boasting the best defence in Spain’s top flight, with just three goals conceded in front of their fans, they can take care of an Alaves side who are among the lowest scorers.

Key stat
Villarreal have won five in a row at home

Mark Langdon's verdict
Palermo have made a shocking start to the season having only just survived relegation last season and they sit in the bottom three this term. They are yet to collect a point at home this term and Lazio’s free-scoring side headed by a front three of Ciro Immobile, Felipe Anderson and Keita Balde Diao should ensure victory for the Romans.

Steve Davies's verdict
Heerenveen, unbeaten at home, will get the utmost respect from Ajax, unbeaten away.

Two of the Eredivisie’s top scorers this season know they have the tools to hurt the opposition and Ajax have to be buzzing after beating Panathinaikos to clinch qualification from arguably the toughest Europa League group.

Dan Childs's verdict
Genoa are one of five teams in Serie A who started the weekend with an unbeaten home record but they look likely to succumb to league leaders Juventus.

Early-season Genoese optimism has dissipated after three defeats in their last five matches and they will struggle to match Juve, who are chasing a fourth successive victory in all competitions.

Steve Davies's verdict
Schalke’s incredible turnaround shows no sign of stopping as Thursday’s 2-0 win against Nice maintained their 100 per cent Europa League record while extending their unbeaten sequence to 11 matches.

Since Darmstadt have not even collected a point on their travels this season, this should be a comfortable home win.

Dan Childs's verdict
Both of Atletico Madrid’s November victories came in the Champions League but they can give their domestic league position a much-­needed boost by beating lowly Osasuna. Atletico were comfortable 2-0 winners at home to PSV Eindhoven on Wednesday and should have enough left in the tank to defeat their relegation-threatened hosts.

Dan Childs's verdict
Nice crashed out of the Europa League with a 2-0 loss away to Schalke on Thursday but they can continue to impress in the league and maintain top spot with another comfortable victory.

Lowly Bastia have not won in seven matches in all competitions and are bidding to avoid a sixth successive away defeat.

Dan Childs's verdict
Mainz cannot reach the Europa League knockout stage after drawing 0-0 away to St Etienne on Thursday and their week could get worse with a defeat in the capital.

Martin Schmidt’s side have not won on the road since September and will have their work cut out against Hertha Berlin, who are chasing a seventh successive home win.

Dan Childs's verdict
Perennial strugglers Granada are still searching for their first win of the season and it is unlikely to arrive at Balaidos, where Celta Vigo are on a seven-match unbeaten run in front of their home fans.
Celta were below par when drawing 1-1 at home to Standard Liege in the Europea League on Thursday but have been performing better in domestic games.

Dan Childs's verdict
Barcelona have won their Champions League group with a game to spare but are having a few problems in La Liga and are by no means certain to defeat Sociedad in San Sebastian. Four successive victories have lifted Sociedad to fifth before the weekend matches and they can trouble the Catalans, who drew 0-0 at home to Malaga last time out.

Dan Childs's verdict
Roma cruised into the last 32 of the Europa League with a 4-1 victory at home to Viktoria Plzen on Thursday and they can cap a fine week by easing past Pescara at the Stadio Olimpico.

The Wolves started the weekend as the highest scorers in Serie A and they have the firepower to dismantle lowly Pescara, who are on a five-match losing run.

Dan Childs's verdict
It has taken a while but Paris St-Germain are starting to click into gear and can maintain their title push with a victory over Lyon at the Stade Gerland.

The Parisians are on a three-game winning streak in the league and impressed in Wednesday’s 2-2 draw at Arsenal. At their best they should have too much quality for Lyon.

Key stat
PSG are unbeaten in their last ten fixtures

Steve Davies's verdict
Utrecht have a desperate record against Feyenoord but this might be a good time to be taking on the Eredivisie leaders.

Erik ten Hag’s team are unbeaten in eight matches whereas Feyenoord have won one of their last five outings and are likely to be scarred by the thumping they took at Old Trafford in the Europa League on Thursday.