Best bets for Serie A & Ligue 1 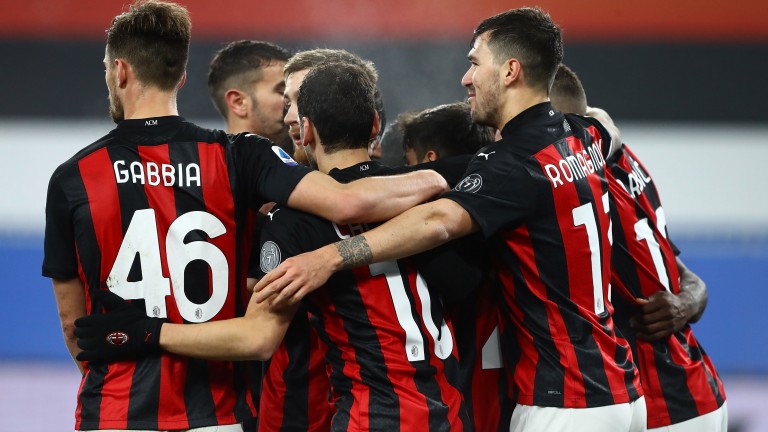 Best bets, predictions and analysis for Wednesday's Serie A and Ligue 1 action.

Milan are marking themselves out as serious contenders for the Serie A title this season and they can emphasise their credentials with victory over reigning champions Juventus at the San Siro on Wednesday.

The Rossoneri were the last side other than Juve to win the Scudetto, finishing top in 2011, and it is looking as though the Old Lady may finally relinquish their decade-long stranglehold on the title this year.

Stefano Pioli's Milan have won 11 of their 15 league encounters this season and are yet to lose in Serie A in 2020-21.

And although Juventus have hit a rich vein of form lately, Milan's performances against the bigger clubs this season should enhance appeal about backing them.

The Milanese have claimed the scalps of Lazio, Napoli and rivals Inter this term and are fresh from beating an improving Benevento side 2-0, despite being a man down for most of the game.

Although Cristiano Ronaldo is in fine form, Juve have lacked a cutting edge in the final third this season and have been held to six league stalemates this season, including against Benevento, Verona and Crotone.

Andrea Pirlo still has a lot to learn in the manager's hotseat and Milan are worth backing at odds-against to beat his beloved Juve.

Sassuolo are another club in Serie A who have exceeded expectations this season and they can put a 5-1 defeat to Atalanta behind them with a positive result at home to Genoa.

Despite that loss, Sassuolo are still only two points off a Champions League berth with seven league wins to their name this season, including victories against Napoli, Verona and Sampdoria.

At a shade of odds-on they look an excellent bet against Genoa, who once again find themselves in the thick of a relegation battle having suffered eight defeats already in 2020-21.

Ligue 1 has been more competitive than in recent seasons with a three-way title tussle unfolding between Lille, Lyon and Paris Saint-Germain.

There is also plenty of competition for the European places with Marseille targeting a top-four berth, but they could come unstuck in midweek against a Montpellier outfit who are not far behind them in the standings.

They have one of the sharpest marksmen in the division in Andy Delort and pushed Lille close in defeat before the winter break, winning the shot count 17-9 in a 3-2 loss.

Their tally of eight victories in Ligue 1 this season is the same as Marseille's and they should be fancied to avoid defeat, as they have done in 11 of their 17 league affairs this term.