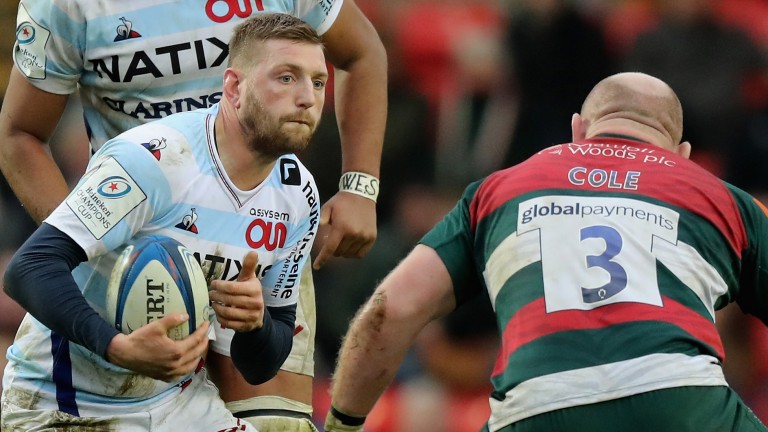 Top 14 leaders Toulouse haven't lost in the league since September - a run of 13 wins and a draw including a 34-29 over Sunday's opponents Racing in Paris - and they lost just one pool match in their European campaign, to reigning champions Leinster.

They are the form team going into this all-French Champions Cup clash but Racing's star-studded line-up are always a tough proposition at their lavish, hi-tech La Defense Arena and the home side are four-point favourites.

The teams scored four tries apiece when they met just over a month ago and bookmakers expect another high-scoring clash, setting their points line in the low 50s and tries at 5.5. But given the magnitude of the fixture, this looks an occasion for swimming against the tide.

Racing boast a formidable backline, featuring France international Teddy Thomas and Virimi Vakatawa, marshalled by Scotland fly-half Finn Russell. But they also boast a big pack and are just as happy to slug it out up front when the stakes are high - as they are in this contest.

Racing have been to two European finals and both have ended tryless - against Leinster and Saracens, sides also renowned for their enterprising backplay. Their last two quarter-final appearances ended in a 28-17 victory over Clermont and a 19-16 success over Toulon, neither of which produced more than four tries.

Toulouse beat Bath and Wasps away from home in the pool stage but registered only one try bonus point in their six games and face a tough job to break down what is sure to be a determined Racing defence.