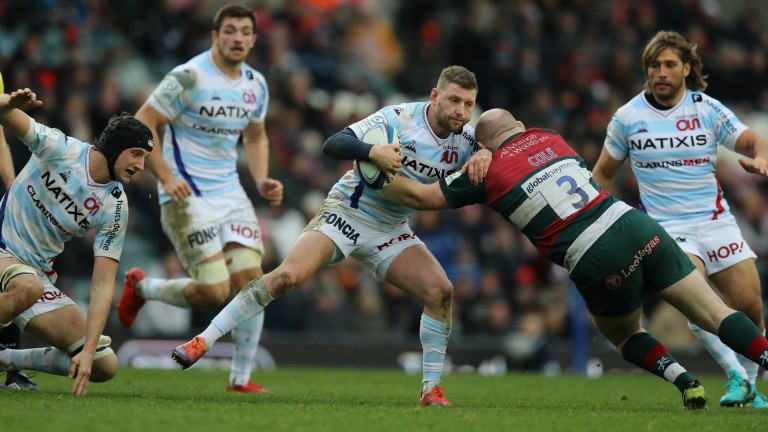 Saracens coach Mark McCall warned that he would rotate his squad heavily for Europe and he has been true to his word in the defending champions' first outing against Parisian heavyweights Racing 92.

The match probably was probably always going to be too early for the majority of his England contingent, but it's still an unfamiliar line-up with three players making their European debuts.

Manu Vunipola continues at fly-half with no Owen Farrell or Alex Goode while prop Rhys Carre makes his first start for his new club.

By contrast Racing have a full complement of internationals including half-backs Maxime Machenaud and Finn Russell and a glittering backline including Fiji-born France centre Virimi Vakatawa.

McCall praised his young side for their resilience and composure in digging out a tough win against Gloucester at a hostile Kingsholm last week, but this is an even bigger test at the intimidating La Defense Arena against a top-notch side.

Racing averaged 42 points per match in their home pool matches last season and warmed up with a 25-9 success at rivals Stade Francais last week.

Saracens are a well coached team who stick to the game plan well so they look unlikely to be overrun but Racing should still be able to seal a double-figure winning margin.

Lyon are the surprise pacesetters in France's Top 14 this season but their only Champions Cup appearance to date saw a miserable return of six defeats from six last season and it appears they are not planning to put in much more effort this time.

Last week's impressive 45-17 home win over La Rochelle took Lyon's tally to eight wins from nine domestically, but they have made eight changes to their starting line-up.

The Saints welcome back half-backs Cobus Reinach and Dan Biggar from the World Cup while England lock Courtney Lawes also starts and this should be comfortable for the hosts.

The last time Connacht appeared in the Champions Cup they claimed the scalps of former winners Toulouse and Wasps at their Galway stronghold and they could well be eyeing another victory over shaky travellers Montpellier.

The French side have claimed one road victory in 12 in their last four campaigns at this level and are yet to win away from home this season.

There's a lot of class in their side, directed by former All Blacks fly-half Aaron Cruden, but bookmakers can barely split the teams.

Connacht were well beaten by Leinster last time out but have ground out some wins at home and a narrow success looks the best bet.