Giovanni Van Bronckhorst's side can climb into second spot 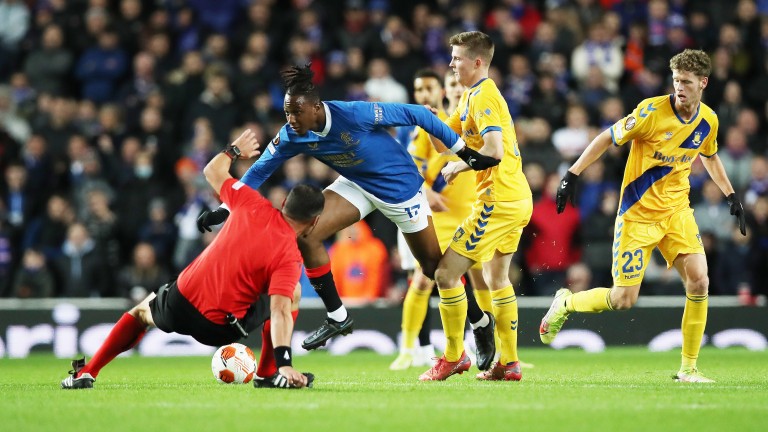 Rangers' hopes of landing a domestic treble were ended by a 3-1 loss to Hibernian in Sunday's League Cup semi-final but they can bounce back at Ibrox.

Lyon have dominated Europa League Group A – winning all four games – but there is a scramble for second with Sparta and Rangers on four points and Brondby on two.

The Gers will be out of the running if they lose to Sparta, but could qualify with a game to spare if they beat the Czechs by two goals and Brondby fail to win at home to Lyon.

Steven Gerrard's exit was a major blow but replacement Giovanni Van Bronckhorst was a popular choice and should be at ease on the European stage having spent four seasons in the Feyenoord dugout.

Van Brockhorst will be desperate to win his first home game and can succeed against injury-hit Sparta, who are fourth in the Czech top flight after a 4-0 weekend loss away to Slovacko.

Rangers have won six of their last nine home games in European football.