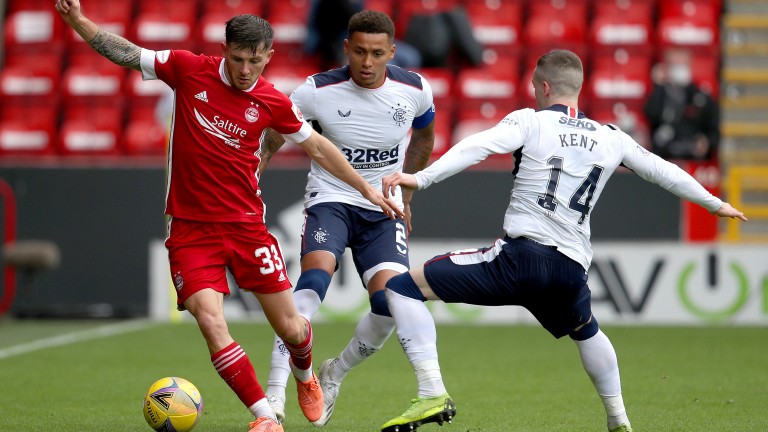 Aberdeen were in the headlines for all the wrong reasons earlier this month when eight of their players broke lockdown rules, but Derek McInnes's side have won their last two Scottish Premiership matches and should justify odds-on favouritism at home to Faroese outfit NSI Runavik in the Europa League first qualifying round.

Two of Aberdeen's league matches had to be postponed, leaving the Dons playing catch-up on most of their divisional rivals.

However, victories at St Johnstone (1-0) and at home to Livingston (2-1) have lifted Aberdeen to seventh and put them in a decent frame of mind for the start of their European campaign.

Solid defence has been a feature of their early-season performances and could be a key factor in overcoming NSI Runavik, who were 5-1 winners at home to Welsh side Barry Town in the preliminary round.

Aberdeen are still hampered by the absence of injured strikers Sam Cosgrove and Ryan Edmondson but they can keep a clean sheet against NSI, who have lost 13 of 14 European ties.

Motherwell are still searching for their first victory of the season after five Scottish Premiership fixtures but are red-hot favourites to defeat Northern Irish visitors Glentoran at Fir Park.

The markets anticipate a one-sided affair although Motherwell have plenty to prove after slipping to a 1-0 loss at home to fellow strugglers Hamilton on Sunday.

Well boss Steve Robinson is likely to contemplate a few changes but may not be able to call on key midfielder David Turnbull, who is reportedly close to sealing a move to Celtic.

Glentoran are getting ready for their first European tie since 2015. when they suffered a 7-1 aggregate defeat to Slovakian side MSK Zilina.

They finished fifth in the 2019-20 Northern Ireland top flight but earned their passage to Europe with last month's 2-1 extra-time victory over Ballymena United in the Irish Cup final.

Liechtenstein cup winners FC Vaduz have been busy strengthening after their promotion to the Swiss Super League and should be too strong for Maltese side Hibernians at the Rheinpark Stadion.

Vaduz have won their last six Europa League first-qualifying round ties and have a far stronger pedigree than Hibernians, who have lost 15 of their previous 16 European ties.

Backa Topola are a rising force in Serbian football and look tempting odds-against favourites to post an away victory over Moldovan opponents Petroclub.

They should be too strong for Petroclub, who lost 2-0 on aggregate to Cypriot side Larnaca at the same stage of last season's competition.