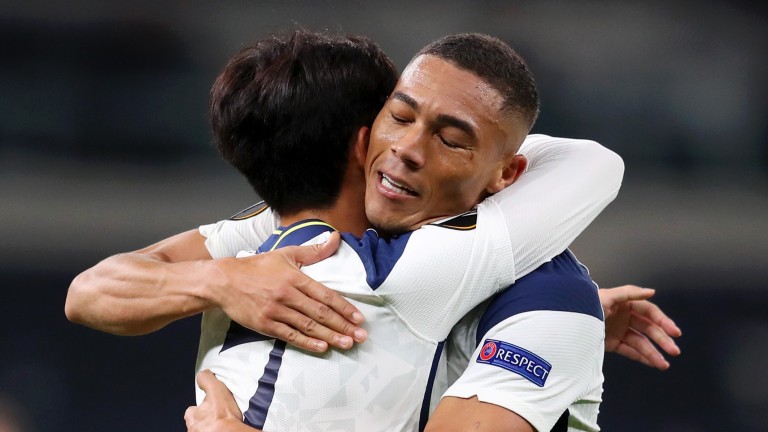 Leicester seemed to lose their way a bit after their headline-grabbing 5-2 win at Manchester City but Sunday's 1-0 success at Arsenal should leave them with a spring in their step for their trip to Greece.

Jamie Vardy's goal at the Emirates gave them their third successive road success and a positive approach from the Foxes looks likely as they aim to build on last week's win over Zorya.

AEK have ground to make up after they were brushed aside 3-0 by Braga last week, but they have failed to score in just one of their last 14 home matches.

Brendan Rodgers's side have demonstrated they can be prone to the odd defensive lapse so it would not be a huge surprise if the home side made their mark, but an overs bet provides added insurance if Leicester rise to the occasion and ease to a comfortable victory.

Tottenham demonstrated they can win ugly with their 1-0 success at Burnley on Monday and Jose Mourinho, who won this competition with Manchester United, appears to have a strong enough squad to battle on several fronts this season.

Harry Kane and Heung-Min Son's deadly double act is getting all the plaudits but there were encouraging signs in last week's win over LASK that striker Carlos Vinicius could prove an excellent signing on loan from Benfica.

The Brazilian looked sharp against the Austrians and took up some excellent goalscoring positions, so he should relish another chance to impress the manager.

Antwerp are unbeaten in their last seven matches and will relish the chance to test themselves against a team of Spurs's quality. But they have conceded in each of those games and it is likely that Mourinho's men will create plenty of chances.

It has been a tough couple of weeks for Celtic after defeats to Rangers and Milan and a draw at Aberdeen, and it could get worse for Neil Lennon's side at Lille.

The Bhoys already have ground to make up in their group and the sight of their arch-rivals six points clear in the Premiership means manager Neil Lennon is coming under pressure.

They are winless in their last eight visits to France and Lille will fancy their chances as they have conceded just one goal in their last six matches on their own patch.

Lille won their first group game 4-1 at Sparta Prague, so confidence should not be an issue, particularly as their Czech opponents have won all six of their league games to date.

The French outfit have led at half-time in five of their last six home victories, so it is worth backing them on the half-time/full-time market.

The season is going swimmingly for Steven Gerrard's men, but they may not run riot against Lech Poznan.

The Poles have failed to score in three of their last four Europa League away matches, but while Rangers have got their campaign off to a dream start, they haven't been thrashing many teams lately.

Joe Aribo and Jermain Defoe gave them their fourth straight 2-0 victory against Livingston on Sunday and just two of their last seven victories have been by a margin greater than two goals.

That still remains an impressive recent record and they should be capable of building on their 2-0 success at Standard Liege in their group opener.

But they may have to be patient to break through and that makes an under-2.5 goals bet an attractive proposition at the prices.