Doubt opens your mind to the possibilities of change 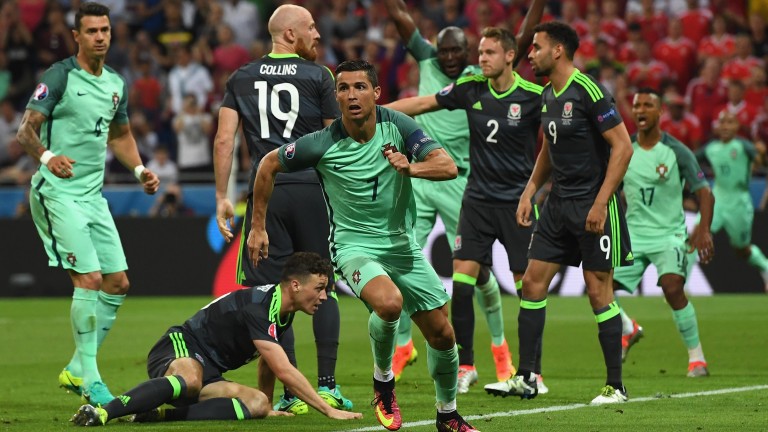 Portugal won just one game in 90 minutes when they became European champions five years ago
Stu Forster
1 of 1
4:30PM, JUN 10 2021

What would you call an international team who had won only one of their last seven games? Five years ago we called them European champions.

Portugal qualified from their group with three draws. In the knockout rounds they won in normal time in only one tie out of four – that was in the semi-finals against Wales. They drew in the others but came out on top in a tiebreak process – scoring in extra time in the round of 16 and final, succeeding in a penalty shootout in the quarter-finals.

In the Racing Post’s Euro 2016 preview I had written: “Perhaps the best bets are the major football nations available at the biggest odds – Italy at 18-1 and, maybe better still, Portugal at 22-1.”

Italy, I think, played better than Portugal, but they went out in the quarter-finals. Neither, I think, was the best team at the tournament. I did not expect them to be. I just felt that either was capable of winning if the wind got behind them, and it was as likely to blow for them as for anyone else.

In a film called The Weather Man a television presenter asks a backstage meteorologist: “So what’s it gonna do?” The meteorologist replies: “I don’t know. It’s a guess. It’s wind, man. Blows all over the place.”

Before many international tournaments I have climbed into a boat only for the wind to fill the sails of another. The wind will blow again during Euro 2020, but we cannot be sure where.

My philosophy for football, betting and life is the one Reginald Perrin slurred in a drunken speech to the British Fruit Association. It was delivered during episode five of the first series of The Fall and Rise of Reginald Perrin, a 1970s sitcom that was repeated recently on BBC Four.

“What do you believe in? I hear you ask. Do I? Do I hear you? I don’t. Well I’ll tell you anyway. I know that I don’t know. I believe in not believing. For every man who believes something there’s somebody who believes the opposite. What’s the point? How many wars would have been fought, how many people would have been tortured, if nobody had ever believed in anything? Have you ever heard of the wars of the apathetic, or the persecution of the apathetic by the bone idle?”

A recurrent finding of research into predictions is that there is an inverse relationship between a person’s confidence in their prediction and its accuracy. The more sure a person is that they are right the more likely they are to be wrong. This is because only people with doubts realise how different the future can be from the past.

Bookmakers say that during a football match if one team take the lead most bettors will back them in one market or another. Bookmakers generally end up with more money than bettors. So this must mean that more often than most of us bettors have noticed what happens next is different from what happened before.

England manager Gareth Southgate has said: “We are awash with data, and that’s great – but what’s the bit that makes a difference? In football, we’re a low-scoring game with a lot of random events and so blips in the data you can read too much into.”

There are so many statistics now on football – and more are available to the public during a European Championship than during the Premier League. Most of them, though, have no bearing on the result. And who knows whether the others will be reproduced in the next match?

For every match at Euro 2016 I recorded whether the team with the better of a given statistic won, drew or lost. Teams with most possession lost more often than they won. So did teams who registered the highest passing accuracy and teams who completed most passes. Teams who ran furthest lost as often as they won.

The best thing to do if you are going to bet on an international tournament, it seems to me, is to accept that in all probability a lot of developments will not make sense. Doubt is helpful, certainty is not. Because doubt opens your mind to the possibilities of change. “Doubt is uncomfortable,” said Voltaire, “but certainty is absurd.”

FIRST PUBLISHED 4:30PM, JUN 10 2021
Bookmakers say that during a football match if one team take the lead most bettors will back them in one market or another