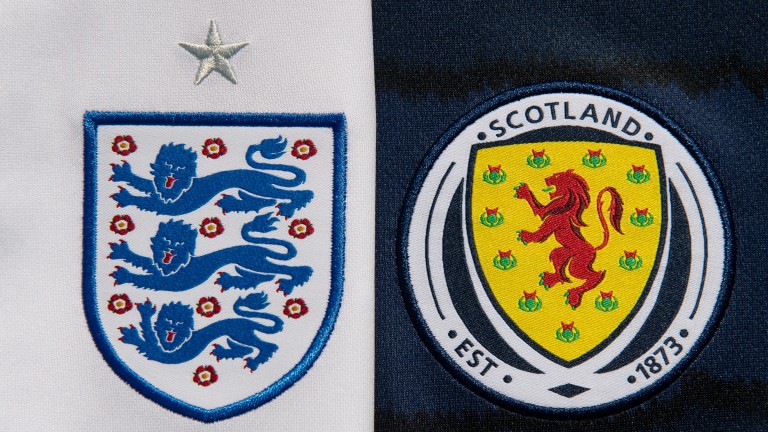 England versus Scotland is the oldest football international. It was first played in 1872 and it will be played again on Friday. The fixture brings together the country where football developed and a neighbouring country where it was later adopted.

Yes, the first rules of the game that became football were written in England. If you Google 1863 Football Association rules you can read them. And if you do you will notice something that was put well by Richard Sanders in a book called Beastly Fury.

This isn’t football. There is no crossbar, or tape, and the ball can pass between the posts at any height for a goal. There are still touchdowns, and these are to be followed by something very similar to the modern conversion in rugby. If you catch the ball cleanly and make a mark with your heel you are entitled to a free kick. And the forward pass is outlawed.

It is not only the rules that we would have failed to recognise. We would not have recognised the play either. It consisted of attackers running in a pack, trying to force the ball toward a goal, and defenders, in another pack, trying to stop them.

A prominent figure in 19th century English sport was Charles Alcock. As an administrator he started the FA Cup and organised the first cricket Test. As a footballer he won the FA Cup with Wanderers and captained England.

Alcock was one of the best early English footballers. And this is how his style was described by a friend, the legendary cricketer WG Grace: “The way Alcock used to knock over a fellow when he was trying to pass him I shall never forget… Alcock made Catherine-wheels of those fellows.”

Alcock also arranged the first football internationals between England and Scotland. On average the English players were two inches taller and two stone heavier than the Scottish. Results, you might think, were a foregone conclusion. They weren’t. Between 1872 and 1887, Scotland won ten times, drew four times and lost only twice.

How? To find out we have to go back a few years to 1866, when a group of young men from north-east Scotland who worked in Glasgow began to meet in a park to play games. At first they played their traditional games - hammer throwing, shot-putting and tossing the caber. Soon, however, they saw and started to play the game that would become the one we now recognise as football. They played it in Queen’s Park.

Sanders explained: “During those hours and hours of concentrated practice in Queen’s Park this group of dour, somewhat obsessive Scots stumbled across a secret ingredient, a magic formula that gave them an immediate advantage. Contemporaries called it ‘combination play’. The Queen’s Park men passed the ball to one another.”

Queen’s Park joined the FA and entered the first edition of the FA Cup. Because of their distance from London, where many clubs were located, Queen’s Park were given byes until the semi-final, which they played in London against eventual winners Wanderers. The game finished 0-0, after which Wanderers were given a bye into the final because Queen’s Park could not afford to return to London for a replay.

This was a moral victory for Queen’s Park, though. Sanders wrote: “The Wanderers men were left chasing shadows, their crude charging neutralised by the fact that their victims had normally passed the ball to a colleague by the time they were sent sprawling to the ground.”

The Scottish game was so evidently superior to the English game that when clubs in England turned professional they sought players in Scotland. In the first season of the Football League – 1888-89 – Preston won the double. Unbeaten throughout the season they became known as the Invincibles. Eight of the 11 regulars were Scots.

Jimmy Hogan, the most enduringly influential coach in the history of world soccer, played in the Football League in the early years of the 20th century for Burnley and Bolton. He played alongside and against Scots, and what he learned from them he would teach in several other countries, including Germany, France, Netherlands, Hungary, Austria and Switzerland.

Twenty-five years ago when England played Scotland at Wembley during a European Championship England fans sang the unofficial tournament anthem: Football’s Coming Home. They were nearly right. Football was not home. It was next door.

The three ages of the oldest international

The years separating the periods were important ones for English football. Eighteen eighty-eight was when the Football League started. Nineteen fifty-three was when England lost 6-3 to Hungary at Wembley. It was the first time England had been beaten in England by a country from outside Britain and Ireland. That shook attitudes.

Hungary played what was then the most highly evolved form of the passing game. Watching at Wembley was Jimmy Hogan.

England scored little more than a third of the goals in internationals against Scotland before 1888, just over half between 1888 and 1953 and two-thirds since 1953.

England now should be better than Scotland. Football has deep roots in both countries and is popular in both countries. The deciding factor in such circumstances should be the number of people from which to pick a team, and there have always been a lot more of those in England than in Scotland.