Denmark could be the pick of the tournament dark horses 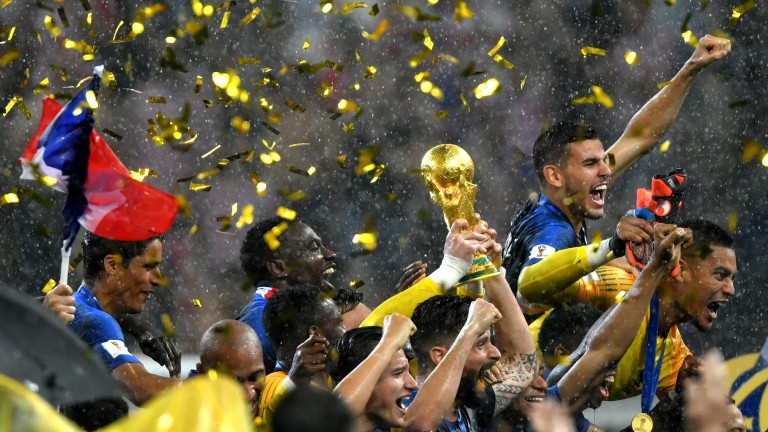 This season’s Premier League was talked up as a battle for the ages before the best team easily ran away with the title, and it could be a similar story at Euro 2020.

Bookmakers have a third of the field between 5-1 and 12-1 with the top eight – England, France, Belgium, Germany, Spain, Portugal, Italy and Netherlands – all being given a realistic chance but one team looks significantly stronger than the pack.

France don’t have a perfect draw and they won’t have any matches at home at a tournament spread across the continent, but given 16 of the 24 teams make it through to the knockout phase and Hungary are in their section alongside Germany and Portugal, it is unlikely to be too much of an issue for Didier Deschamps’ World Cup winners.

You can end up going around in circles working out draws and over-complicating matters. At the last Euros Portugal finished third in their group and faced Croatia, Poland and Wales in the knockouts before winning the final against France, whereas Italy finished above Belgium to top their group and ended up facing Spain in the last 16.

The perceived difficulty of France’s draw – particularly starting the tournament in Munich against Germany – is factored into their price.

Deschamps’ side took four points off both Portugal and Germany in the Nations League in any case, conceding only a single goal which was a Toni Kroos penalty, and if anything Les Bleus look improved from the squad which lifted the World Cup three years ago.

Take out the dropped Samuel Umtiti, to be replaced by Jules Kounde or Presnel Kimpembe, and it is the same back four with Benjamin Pavard, Raphael Varane and Lucas Hernandez ahead of keeper Hugo Lloris.

Skipper Lloris is seen as a weak link by some. However, his underlying data was more than respectable in this season’s Premier League and key Chelsea midfielder N’Golo Kante showed his qualities with a man-of-the-match performance in the Champions League final.

Kante and Paul Pogba are a cracking midfield axis and Deschamps only needs to decide who else from Thomas Lemar, Corentin Tolisso and Adrien Rabiot lines up alongside the dynamic duo.

Caution will be exercised. Deschamps is as pragmatic a manager as he was player but such an approach works in international football and nearly all of the recent tournament winners were grinders.

Germany, in 2014, were arguably the exception, although they also needed 1-0 wins over France and Argentina to lift the trophy.

Despite being considered a little dull, France put four past Argentina and Croatia in the last World Cup and have since swapped Olivier Giroud for Karim Benzema to partner Antoine Griezmann and the extraordinary Kylian Mbappe in a sizzling front three.

Benzema, in international exile for six years due to off-field issues, has no beef with the class of 2021 and only Lionel Messi scored more La Liga goals this season.

Giroud, Ousmane Dembele and Kinglsey Coman are some of the options available if Deschamps decides to deviate from his anticipated starting team and it will take something special to knock them off their perch.

England are expected to lead the charge and Gareth Southgate suddenly has a plethora of young attacking options such as Phil Foden, Mason Mount and Jadon Sancho to provide the ammunition for World Cup Golden Boot winner Harry Kane.

Southgate has much bigger headaches defensively and whether the team is able to keep out high-quality opposition remains to be seen, even if it is possible England could play six of seven matches at Wembley.

For England to maintain home advantage they must win their group and with that comes a knockout match against the second-placed team in Group F - likely to be one of France, Germany or Portugal.

Against that type of elite opposition England’s suspect defence will be called into action and in terms of home advantage it would be wrong to assume anything given the unpredictable nature of a pandemic.

The UK government is hopeful of capacity crowds at Wembley which would be a major plus, but nothing can be taken for granted.

Germany will hope to use the Munich factor to their advantage against Portugal, France and Hungary as they aim to recover from the embarrassment of the World Cup group-stage exit.

They have since failed to qualify from two Nations League attempts, finishing bottom of one and suffering relegation before the format was changed, and recent results have been horrendous including a 6-0 loss in Spain and 2-1 home reverse to North Macedonia.

Departing boss Joachim Low has recalled veterans Thomas Muller and Mats Hummels and there is obvious talent at Low’s disposal but they have shown few signs in the last five years or so to suggest an upturn is imminent.

Portugal have been well backed in the last year with the likes of Bruno Fernandes, Diogo Jota and Ruben Dias highlighting their qualities in stellar Premier League campaigns, while even at 36 Cristiano Ronaldo was the top goalscorer in Serie A.

They are difficult to beat but in the last two tournaments, including when being crowned champions at Euro 2016, Portugal managed just two wins in normal time from 11 matches.

Spanish boss Luis Enrique has decided not to select a Real Madrid player in his squad which has an unusual feel to it with players from Leeds, Brighton and Wolves involved.

La Roja are tricky to weigh up as some of the younger generation could be ready to burst on to the scene. However, none of the three goalkeeping options convince and the four centre-backs have just 21 international caps between them.

At a bigger price Italy are of more interest. Roberto Mancini is one of the better managers in the tournament and he has a classy midfield with any number of quality technicians to call upon.

The Azzurri have barely played against decent opponents in recent years so punters are betting a little blind as to their overall quality.
They still make much more appeal than Netherlands, who, having lost defensive lynchpin Virgil van Dijk to injury, don’t look well-placed to take advantage of a plum draw.

Belgium will have their backers and rightly so with goalkeeper Thibaut Courtois, Kevin De Bruyne in midfield and Romelu Lukaku up front.

They can definitely win if those superstars deliver, but backing Lukaku for the Golden Boot looks a better bet than Belgium to triumph given Eden Hazard’s form has been woeful, centre-backs Toby Alderweireld and Jan Vertonghen are on the downgrade and influential midfield enforcer Axel Witsel last played competitively in January.

Group B looks soft on paper, but Denmark, who play all three games group in Copenhagen, are a dangerous side.

If they top the section a third-place team awaits in the last 16 and a
worst-case Italy in the quarters; come second and it’s probably one of Wales, Turkey or Switzerland followed by a likely clash with Netherlands.

Either way, the Danes have a great chance to go deep and it’s worth remembering they drew with champions France and finalists Croatia at the last World Cup.

Denmark will need one of the forwards to come good, most likely Leipzig’s Yussuf Poulsen or Barcelona’s Martin Braithwaite, and if there is to be an upset the 1992 winners could be just the ticket.

FIRST PUBLISHED 2:56PM, JUN 10 2021
Deschamps is as pragmatic a manager as he was player but such an approach works in international football