Robert Lewandowski can impress for Poland 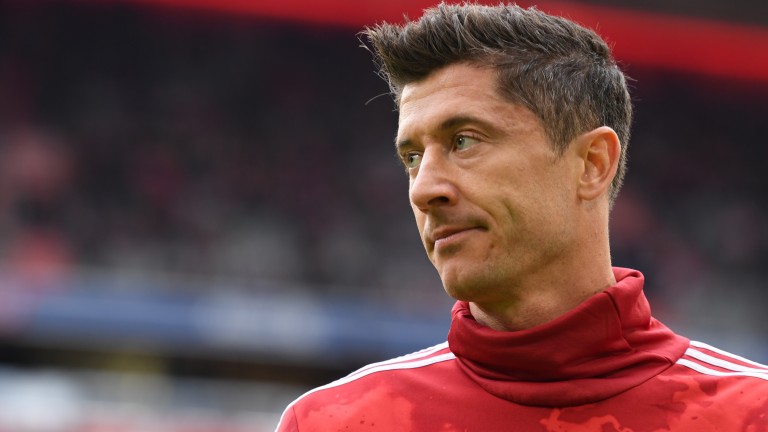 Back this tip with Paddy Power

It is all to play for in Group G of Euro 2020 qualifying with four nations - Poland, Austria, North Macedonia and Slovenia - having reached double-figure points totals.

The need to avoid defeat is intense as Slovenia and Austria prepare for their meeting in Ljubljana.

The Austrians are on a great run but Slovenia have beaten a full-strength Poland team 2-0 on home soil and the best bet could be in the goals markets.

Both teams have scored in four of Slovenia’s seven qualifying assignments, with their last two fixtures finishing in a 3-2 win over Israel and a 2-1 defeat to North Macedonia.

They have a handful of veteran forwards but Josip Ilicic is another player to keep an eye on, having scored 12 Serie A goals last term and notched from the spot for his country last time out.

Apart from their two matches with Poland, Austria have scored in every qualifier, putting six past Latvia and four past North Macedonia. Marcel Sabitzer and Marko Arnautovic could impress for the visitors in what should be an entertaining encounter.

Robert Lewandowski seems to be getting better with age and it could be argued he is the greatest out-and-out striker in world football.

The prolific Pole took his qualifying tally to five goals with a hat-trick against Latvia on Thursday and he is averaging a goal every 55 minutes in the Bundesliga this term having found the net 11 times.

Group G is tight at the top and Poland cannot afford to rest their key players, so expect Lewandowski to start and get on the scoresheet against a North Macedonia outfit who have kept one clean sheet in seven qualifiers.

Hungary have suffered a dip in form but are still in the qualification picture in Group E.

They have won three and lost three of their six assignments and have seen off Wales and Croatia at the Groupama Arena.

Azerbaijan are the next side to make the trip to Budapest and should be opposed having lost the reverse fixture in Baku 3-1.

They will be without arguably their most effective player in the final third, Erzgebirge Aue's Dimitrij Nazarov, for the visit to Hungary and are weakened at the back by the absence of their most experienced defender Maksim Medvedev.

Hungary are without injured midfielders Adam Nagy and Dominik Szoboszlai, but carry plenty of attacking threat through Balazs Dzsudzsak and Adam Szalai.

It took Marco Rossi's men only 18 minutes to establish in Azerbaijan and backing them to be in front at half-time and win the game could pay.