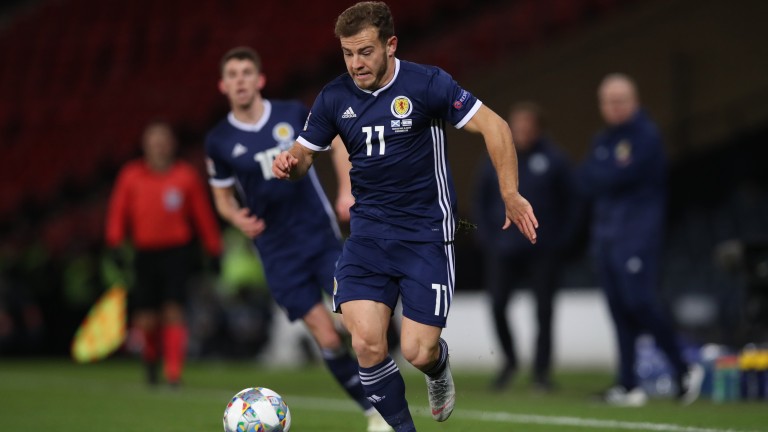 The Steve Clarke era begins with an eminently winnable home Euro 2020 qualifier against Cyprus, although it would take a brave punter to trust Scotland at short odds.

Scotland can surely only be improvers with Alex McLeish on his way and Clarke in charge and the Cypriots are pretty ropey travellers.

And the Scots, no matter who has been at the helm, have been impressive in competitive matches at Hampden Park where they are unbeaten in their last eight.

But Scotland have had enough hiccups in recent times, none more damaging than the 3-0 hiding they took in Kazakhstan in March, to encourage punters to tread warily.

The mood around the camp is good and that’s inevitable. Clarke is an impressive coach and performed wonders at Kilmarnock with a work ethic which he has brought to the national team.

The players are happier and confidence is high.

Being able to pick top-class operators like Andy Robertson, John McGinn, James Forrest and Ryan Fraser means Clarke can select a strong, well-balanced side who should make all the running and, with a bit of good fortune, create chances.

They look light up top (another reason for reservations over a 90-minute bet on the hosts) so Ryan Fraser enters the frame as a first-scorer tip.

The Bournemouth winger has enjoyed a magnificent campaign in the Premier League, scoring seven times, and also popped one in against Albania in the Nations League in the autumn, when all was well with Scottish football.

It’s not easy to know how Cyprus will set up in response because coach Ran Ben Shimon has tried several formations over the last few months.

The bedrock of the team is undoubtedly Standard Liege centre-back Kostas Laifis and there is pace in the team, with Giorgios Efraim one to watch.

Their main goal threat Pieros Sotiriou is also back after an injury. The Cypriots have won just two of their last 15 – 2-1 at home to Slovenia and 5-0 against San Marino – and Sotiriou found the net in both.

Last time out Cyprus produced an encouraging performance at home to Belgium, going down 2-0 to the world’s top-ranked side. Before lauding the underdogs too much, however, the caveat is that Belgium were 2-0 up in 18 minutes and seemed fairly content to see the game out.

But, good enough to take four points off Slovenia and draw with Bulgaria in the Nations League, Cyprus shouldn’t be derided as total whipping boys.

Key stat
Cyprus have won only one of their last 14 away games – at Gibraltar.

Cyprus
First-choice keeper Konstatinos Panagi is out. Top striker Pieros Sotiriou returns to the squad after an injury.