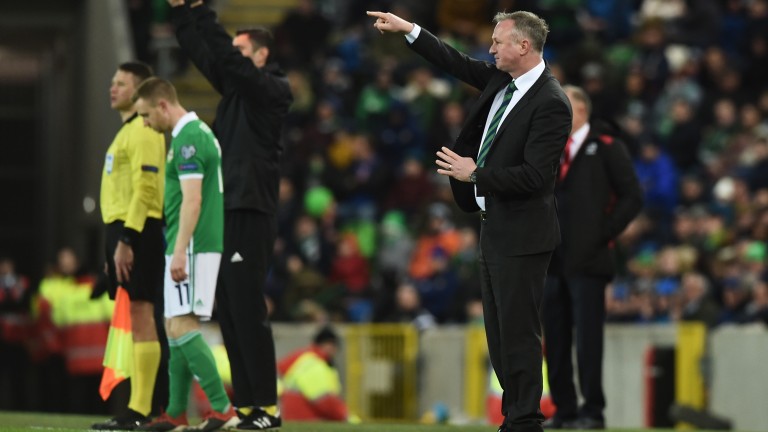 Northern Ireland have won all three of their Euro 2020 qualifiers but could stumble in the last of their perceived winnable fixtures against Belarus in Borisov.

Two late goals in Tallinn saw Michael O'Neill's men make it home and away wins over Estonia either side of their victory against Belarus in Belfast, but their rematch with the White Wings may not go to plan.

With their remaining matches against Germany and Holland, Northern Ireland will feel the need to gain maximum points from this match but they are ranked 31 places lower in Uefa's coefficient standings than their opponents.

Germany could muster only a 2-0 win in Belarus, who had not conceded a goal in their previous three home encounters, and the home side's tendency to operate with five at the back can render them difficult to break down.

Northern Ireland were without a win in their last seven away assignments before victory over Estonia and they edged past Belarus at Windsor Park only thanks to an 87th-minute goal from Josh Magennis in the reverse fixture.

There will be the added pressure of aiming to start a qualifying campaign with four successive wins for the first time in their history.

Against the backdrop of an intimidating Borisov atmosphere, O'Neill's side may have to settle for a share of the spoils.

Team news
Belarus
Igor Kriushenko has no reported injury concerns to contend with.

Northern Ireland
Josh Magennis, Conor Washington and Jordan Jones could all be promoted from the bench after making impacts as subs against Estonia. Niall McGinn remains sidelined.