Euro 2020 news: England march on as Scotland bow out 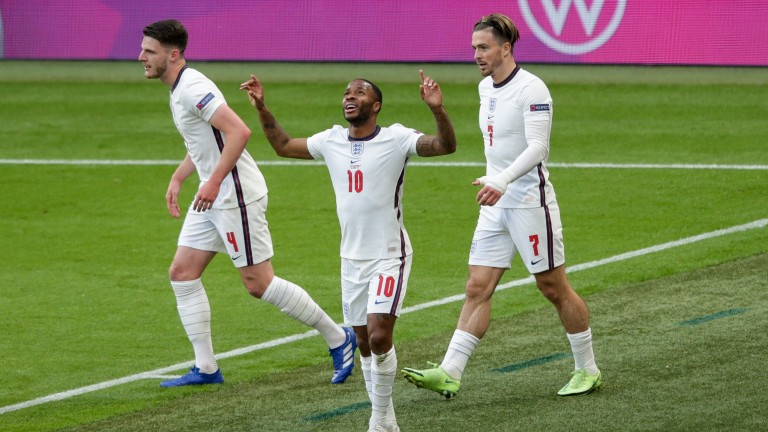 England have been trimmed to 7-1 to win Euro 2020 after nabbing top spot in Group D and home advantage in the last 16 with a 1-0 win over the Czech Republic at Wembley.

Raheem Sterling’s first half header was enough to secure Gareth Southgate’s men their second win of Euro 2020 as they finished ahead of Croatia, who jumped up to second after ending Scotland’s dream of reaching the knockout stages with a 3-1 win at Hampden Park.

The Three Lions haven’t been convincing at times in the first round but they eventually justified favouritism to win the group, and they advance on the back of three clean sheets.

England are now 7-1 with William Hill and bet365 to win Euro 2020 in the wake of Tuesday’s narrow victory, but Betfred have gone the opposite way, pushing them out to 8-1 in the aftermath of the Group D decider.

England were explosive in the first half against the Czechs with Jack Grealish and Bukayo Saka, who were both making their first starts of the tournament, providing some pace to the home side’s attack.

However, their ambition dried up after the break as they failed to register a single shot in the second half with Harry Kane once again drawing another blank, extending his goalless run to four games. The England captain is now 33-1 with Paddy Power to win the golden boot.

With the group stages out the way, England can now turn their attention to a last 16 clash with one of the sides from Group F at Wembley next Tuesday.

Despite having home advantage for that fixture, Paddy Power have pushed England out to 8/15 to qualify for the quarter-finals with either Germany, Portugal or 4-1 outright favourites France  blocking their path to the last eight.

Meanwhile, Croatia’s prize for seeing off Scotland will be an encounter with the side that finishes second in Group E.

The 2018 World Cup runners-up saved their best performance of the opening round for when it mattered and their price to win Euro 2020 has been slashed to 35-1 with Paddy Power, having been as big as 125-1 during the clash with Scotland.

The Croatians improved after half-time, veteran duo Luka Modric and Ivan Perisic finding the back of the net to see them through at Scotland’s expense.