Magyars are up against it in an unforgiving section 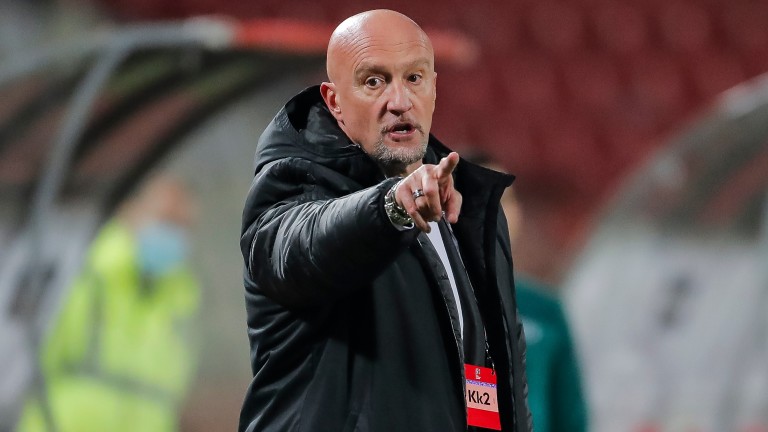 Hungary are heading in the right direction under Marco Rossi
Srdjan Stevanovic
1 of 1
By Liam Flin 2:56PM, JUN 10 2021

After 30 years away from major competitions, Hungary defied all expectations to top their group and reach the knockout stages at Euro 2016 but the Magyars are not expected to emulate that performance in this summer's tournament.

Hungary had to rely on the playoff route to reach this year's European Championship after failing to achieve automatic qualification in a section which featured Croatia, Wales, Slovakia and Azerbaijan.

They beat Bulgaria comfortably in Path A but looked as though they would be pipped to the post by Iceland, only to score in the 88th and 92nd minutes of that tie to win 2-1 and progress to the finals against the odds.

In Group F they will face winners of the the last two World Cups in Germany and France as well as reigning European champions Portugal and not finishing bottom of the section would be a tremendous achievement.

Their hopes would have rested largely on the shoulders of 20-year-old star Dominik Szoboszlai but the Leipzig midfielder's late withdrawal from the squad due to injury is a massive blow and hinders their creativity.

Hungary will at least have the advantage of playing in front of their own fans for part of the group stage - their matches against Portugal and France take place at Budapest's Puskas Arena, which is expected to operate at full capacity this summer.

They also gave a great account of themselves at the most recent Nations League tournament, topping a section made up of Russia, Serbia and Turkey to earn promotion to League A.

Ultimately, though, there is no getting away from the fact Hungary are 28th in Uefa's national team rankings, while Germany, France and Portugal are fourth, fifth and sixth.

The two-time World Cup runners-up are heading in the right direction under boss Marco Rossi and they are no strangers to punching above their weight but Hungary will have their work cut out in this year's group of death.

Manager - Marco Rossi: Former Brescia and Sampdoria player Rossi has minimal experience of managing at the top level but did guide Honved to the Hungarian title in 2016-17.

He also claims he learned a lot from playing under Marcelo Bielsa during his time in Mexico with Club America and will look to make his side difficult to break down.

Prospects: There is some hope for Hungary given that the best four third-placed sides will make the knockout stage at Euro 2020 but with Szoboszlai now out of the equation, they may even fall short of that target.

Inside info - Milan Toth, Hungarian journalist: Hungary are in a good mood and go into Euro 2020 with a lot of confidence. Our qualification hopes look slim, so head coach Marco Rossi is focusing on improving the squad.

Dominik Szoboszlai will be a big miss for Hungary but also watch out for Fenerbahce central defender Attila Szalai, who has made a big impact in Istanbul.