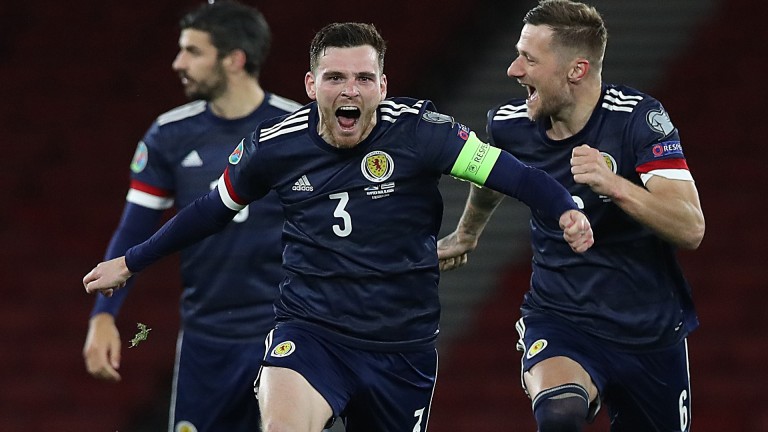 England have not finished top of their group at a major tournament since Euro 2012 but look by far the strongest team in Group D and should justify their status as warm favourites.

Gareth Southgate's men should breeze through to the round of 16 and could finish the job with a game to spare, allowing the manager to ponder a few changes for the final group-stage assignment against the Czech Republic.

There is unlikely to be any scope for easing off for Scotland, who are tackling their first major tournament since World Cup 1998, but the markets may have been overly negative about Steve Clarke's side, who have a decent chance of moving beyond the group phase for the first time in their history.

The Scots showed a strong mentality in the playoffs – winning penalty shootouts against Israel and Serbia – and look like a team on the up.

They have obvious limitations – especially in attack – but are happy to play to their strengths and have the advantage of facing the Czech Republic and Croatia at Hampden Park.

Clarke's men registered home and away victories over the Czechs in last autumn's Nations League and should not be too fearful of Croatia, who are nowhere near as strong as they were at the 2018 World Cup.

Croatia are the section's second seeds but struggled in the 2020 Nations League, losing five of six games, and suffered an early blow in World Cup qualifying when they lost 1-0 away to Slovenia.

The Czechs have looked a more progressive side and have a wealth of European Championship experience to fall back on having reached the finals for a seventh successive tournament.

However, the absences of suspended first-choice defender Ondrej Kudela and injured winger Lukas Provod have weakened the hand of manager Jaroslav Silhavy and the Czechs failed to sparkle at Euro 2016, mustering just one point from three matches.

FIRST PUBLISHED 2:56PM, JUN 10 2021
The Scots showed a strong mentality in the playoffs – winning penalty shootouts against Israel and Serbia – and look like a team on the up