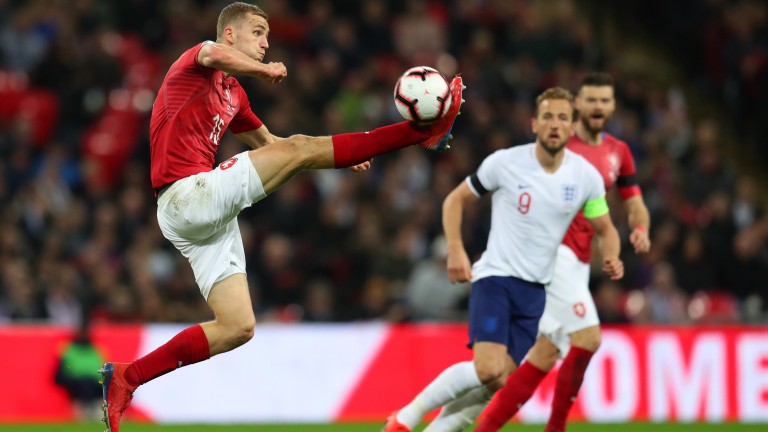 Twenty five years have passed since the Czech Republic finished runners-up to Germany at Euro 96 and they are not considered among the main contenders this summer, although there have been signs of them moving back in the right direction.

The disappointment of missing out on the 2018 World Cup was soon followed by a 5-0 loss away to England at the start of Euro 2020 qualifying but the Czechs dusted themselves down and finished second at the expense of Kosovo, Bulgaria and Montenegro.

Jaroslav Silhavy's side sealed qualification with a match to spare and showed how much they had improved when registering a deserved 2-1 success over England in Prague.

The Czechs' strong finish to qualifying was backed up in the 2020 Nations League with first place in their group in League Two.

Silhavy's team won the section despite back-to-back losses to Scotland. However, the Czechs were forced to field an entirely second-string squad in the home fixture due to Covid withdrawals, and the away defeat was harsh after the Czechs had dominated possession (68 per cent) and won the shot count 15 to five.

They will hope for a better outcome when heading to Glasgow for their Euro 2020 opener and would love to have a last-16 berth wrapped up before tackling England at Wembley on matchday three.

If they are to excel it will have to be a team effort, although there could be moments of magic from Sampdoria's enigmatic winger Jakub Jankto and Leverkusen centre-forward Patrik Schick, who top-scored for them in qualifying with four goals.

The squad favours experience over youth but Sparta Prague teenager Adam Hlousek could add to his burgeoning reputation.

The 18-year-old finished the domestic season with 11 goals – six of them in his last six appearances – and could be fast-tracked to the starting line up as a replacement for Lukas Provod, who misses the tournament through injury.

Manager - Jaroslav Silhavy: The 59-year-old took on a tough job when replacing Karel Jarolim in 2018 but is turning the Czechs' fortunes around. Silhavy led Slovan Liberec and Slavia Prague to domestic title successes in 2011-12 and 2016-17 and has steered the national team to their seventh successive European Championship finals.

Prospects: Czech Republic have made good progress since failing to qualify for the 2018 World Cup but the absences of first choice defender Ondrej Kudela (suspended) and winger Lukas Provod (injured) could harm their chances of challenging the big guns. They have every chance of getting out of the group but may struggle to go further.

Inside info - Lukas Hosek, journalist: The Czechs are not favourites to qualify from Group D, but we have seen in the past that underdogs can make a big impact.

Manager Jaroslav Silhavy has seen some of his players reach the Europa League quarter-finals with Slavia Prague, while Coufal and Soucek have shone with West Ham.

Confidence will be high in the Czech camp, especially as many of the squad have been playing in Europe’s biggest leagues.