Ukraine have the tools to cause Group C rivals some pain 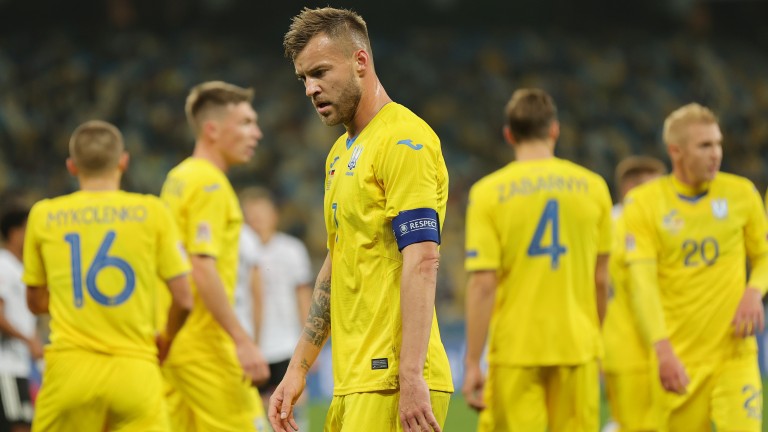 Andriy Yarmolenko can be a livewire in the final third for Ukraine
Joosep Martinson
1 of 1
By Joe Casey 9:54AM, JUN 14 2021

Andriy Shevchenko led Ukraine into two major tournaments as a player and he again has the hopes of the nation on his shoulders, this time as manager, looking to change his nation’s terrible record in European Championships.

The appointment of such a high-profile manager will take further heat off a squad who have already flown under the radar given that their many home-based players lack the big name status of some of their rivals.

However, a lack of star power is not directly indicative of quality and they were impressive in qualifying, going unbeaten in a group that featured Serbia and Portugal and conceding only four goals in the process.

Results have been inconsistent since, with a Covid outbreak and subsequent forfeiting of a Nations League match at least partly responsible for their relegation in that competition. Despite that they have beaten Spain and drawn with France in the last 12 months, and their kind draw in Group C has given them a real chance of progressing.

Their squad has a good blend of experience and youth, with a few of their 2019 U20 World Cup-winning team likely to appear this summer. They are solid defensively and have an abundance of talent going forward.

Fans of Manchester City will be intrigued to see how Oleksandr Zinchenko fares. He is vital to his country, functioning as a midfield general in the team rather than left-back, and will look to combine with Atalanta’s Ruslan Malinovsky to provide a touch of class in creative areas.

Another player to watch in particular is winger Viktor Tsyhankov, Dynamo Kiev’s star man who contributed an impressive 20 goals or assists in as many games in the league this season. A big tournament from the 23-year-old is likely to see him follow in Andriy Yarmolenko’s footsteps and leave Dynamo for bigger things.

In one of the easier groups, and with a well balanced squad that perhaps lacks the big names of others, Ukraine could cause a few upsets and are worth keeping an eye on.

Manager - Andrey Shevchenko: A national legend and all-time top-scorer now leads his country into a major tournament as manager. Has tinkered with formation quite a bit but plays an attractive style of football, prioritising the counter-attack.

Prospects: With a good draw in Group C, they can cause a few upsets and even run the Netherlands close for the group. However, they may come unstuck in the last 16 if they draw an experienced team of quality.

Inside Info - Jonathan Wilson, European football expert: The political situation is awful in all the real ways but the war could also inspire this team. This is an opportunity to give something back and teams fighting for a greater cause often have the potential to do better than expected in tournaments.