Roberto Mancini's men look to flourish in Group A 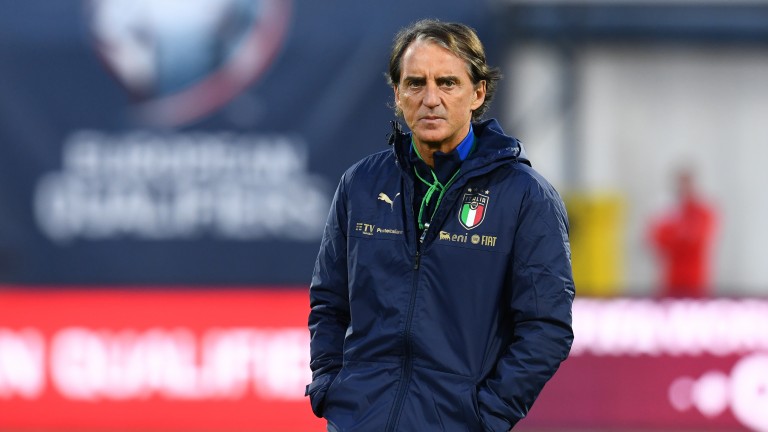 How you respond to adversity is the measure of a good side and there's no doubt that Italy are a different beast from the team who failed to even qualify for the last World Cup.

Many heads rolled following that devastating national catastrophe, from boardroom level down to playing staff, with Roberto Mancini drafted in to replace the hapless Gian Piero Ventura and ensure no mishaps on the road to Euro 2020.

Far from any mistakes, the former Manchester City title-winning manager has transformed the azzurri into a winning machine and the 1968 winners certainly have good grounds for optimism.

If the formbook is your guide, then Italy are serious contenders. The scars of their failed qualification for Russia may still have been raw but there was very little evidence of that in a qualifying campaign for these finals that yielded a perfect ten wins out of ten.

Mancini spread the net wide in the search for the next generation of stars and was rewarded with 18 different goalscorers in a flawless campaign. To prove that was no fluke they duly topped their Nations League group in the autumn – unbeaten again – and have kickstarted their quest for World Cup redemption with a trio of 2-0 wins to put them nicely on their way to Qatar.

Mancini hasn't done anything radical in terms of personnel – old warriors such as Giorgio Chiellini, Leo Bonucci, Marco Verratti and Ciro Immobile remain central to his plans – and they still play a classic possession-based game.

Mancini's preferred set-up is a 4-3-3 where the passing of the likes of Verratti and Jorginho will be crucial and the ex-Inter boss will be counting on household names to navigate their way deep into the tournament.

The one young superstar they do rely upon is Milan's 22-year-old keeper Gianluigi Donnarumma and if the Chiellini-Bonucci axis is broken up at some point Alessandro Bastoni, another 22-year-old, is the heir apparent after a stellar season with Inter.

Goals have never been guaranteed at international level from Immobile or Lorenzo Insigne so the likes of Andrea Bellotti, Moise Kean and Federico Chiesa will get opportunities.

Manager - Roberto Mancini: Managed Inter Milan and Manchester City to league titles and has brought a calm, assuredness to the national team. A man who famously said "I like 1-0 wins" preaches a defence-first ideology so beloved of Italians and you can hardly argue that his methods don't get results.

Prospects: Three group games in Rome – where they haven't lost a match since 2013 – ought to yield a top-placed finish in Group A and the prospect of a quarter-final against Belgium in Munich. Italian resolve against Belgian flair would be a decent contest, and not easy to forecast a winner.

Roberto Mancini's possession-based football saw Italy win all ten of their qualifying games. Chelsea's Jorginho, Inter's Nicolo Barella, who had a fantastic season with Inter, and PSG's midfielder Marco Verratti are key players in the 4-3-3 formation.

In Gianluigi Donnarumma, Italy have one of the best goalkeepers of his generation and, as ever, they will be defensively sound. The lack of a top striker could be the only hurdle preventing them from reaching the final stages.