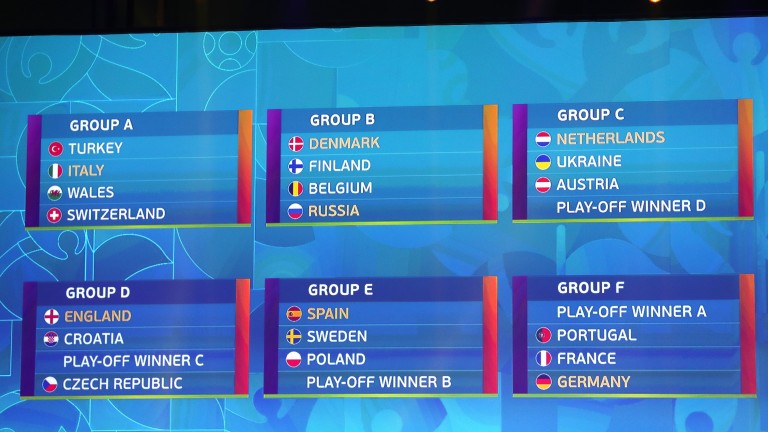 England are the new favourites to win Euro 2020 after Saturday's draw dealt their key rivals a difficult hand.

England are 2-7 with Paddy Power to win Pool D ahead of Croatia, Czech Republic and the winners of Playoff C, which could be Scotland.

But former favourites and World Cup winners France are on the drift after landing in the toughest section of all – Group F – alongside Germany and reigning European champions Portugal.

Les Bleus had been a general 4-1 with England 9-2 before the draw but those odds have since flipped. Belgium are next in the betting ahead of Spain, Germany and Italy.

However, Southgate’s men face a tough potential route through the knockout stage as winning their group would pit them against the runners-up of the fiendish Group F, while if they finish second they face the winners of Group E, likely to be Spain.

Wales line up in Group A with Italy, Turkey and Switzerland in a reasonably kind draw. They will play their first two matches in Baku before taking on Italy in Rome.

Ireland and Northern Ireland are the outsiders in their playoff path but should one of them get through they would line in Group E with Spain, Poland and Sweden.