Portugal look perfectly placed to go all the way this year 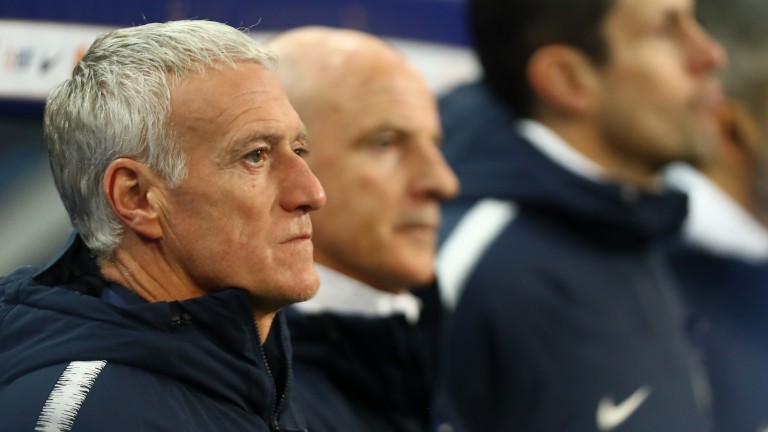 Didier Deschamps will hope to build on France's World Cup win three years ago
Dean Mouhtaropoulos
1 of 1
9:08AM, JUN 13 2021

Many pundits are calling France favourites to win the Euros but I must admit to being much more nervous.

On paper the team looks strong but we have not been firing on all cylinders - in fact France have been very poor in the World Cup qualifiers - and the gamble on Karim Benzema's selection is not without risk.

Benzema has been one of the best four number nine strikers in Europe alongside Robert Lewandowski, Harry Kane and Erling Haaland but this is such a different team dynamic from the one he left in 2015.

I could not have imagined even a couple of months ago that Benzema would play for France again following the incident with Mathieu Valbuena six years ago and bringing him back to essentially replace Olivier Giroud in the team could go wrong.

Giroud is a great character and second only to Thierry Henry on the list of French top goalscorers. He was unfairly criticised in the World Cup and Antoine Griezmann absolutely loves playing alongside him.

France, as a nation, are also not over what happened in 2002 when we arrived as favourites and it ended in disaster. Then people were saying "We have David Trezeguet, Henry and Djibril Cisse we will score loads of goals" and it didn't happen. Hopefully things can be different with Mbappe, Benzema and Griezmann but all this talk of what could happen on paper doesn't match up with what we have seen on the pitch.

Of course, we have a fantastic squad and the players not selected would get out of most of the groups even if the loyal Deschamps is being Deschamps with the majority of his safe picks, such as Moussa Sissoko because of what he gives to the dressing-room, but it's not perfect.

We start our campaign against Germany in Munich with fans inside the stadium. That is extremely tricky and Benzema had better hope that if France lose he at least has a good game because all hell will break loose if things go wrong in the opening match.

It's such a tough group - dark horses Hungary are improving and will be a big challenge for anyone at the Puskas Arena, while Portugal are a team who give us nightmares and are my idea of the tournament winners.

Their squad is seriously talented and they more often than not tend to go really deep into tournaments.

I'm fascinated by England. It's a home tournament and they should be favourites in some regards with a generation who are well known to those who followed their successes at Under 17, Under 19 and Under 20 level.

Phil Foden, Mason Mount and Jadon Sancho are all doing so well for their clubs, but I do question whether Gareth Southgate is going to take the risks which would he should do with those players.

FIRST PUBLISHED 2:56PM, JUN 10 2021
I'm fascinated by England. It's a home tournament and they should be favourites in some regards