Les Bleus to show they are the best around 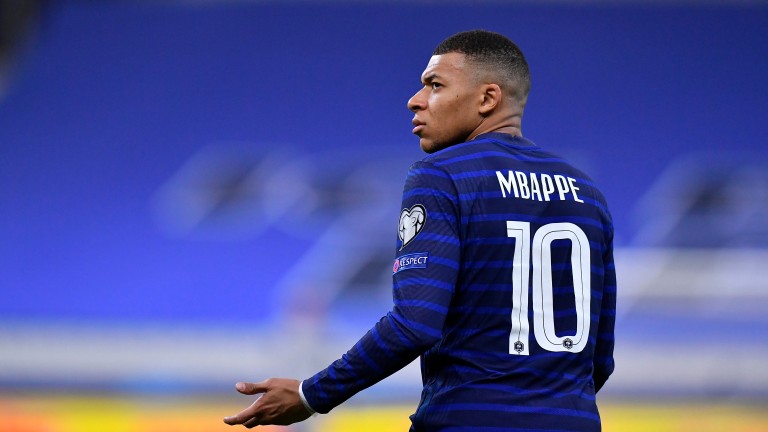 France would be my idea of the best team because they have the perfect gameplan to win international tournaments.

It's all about being self-contained, giving little away and having players to win tight matches. Les Bleus have all of that with the added Karim Benzema, who can do everything Olivier Giroud did but to a higher standard.

Didier Deschamps will forever get stick for not playing pleasing football with an A+ squad but he won't care. They won the World Cup and I see them adding the European Championship too.

Belgium will be a danger and it feels as if it's now or never for them.

They are the perennial "next tournament team" but they are not likely to get another chance with this group because basically Belgium are getting old and there will be a lot of pressure on Jason Denayer in the three-man defence alongside Toby Alderweireld and Jan Vertonghen.

What Roberto Martinez has going for him is having Kevin De Bruyne, Romelu Lukaku and Thibaut Courtois, who are all pretty special.

Courtois has had a great season for Real Madrid, De Bruyne likewise for Manchester City and Lukaku has been brilliant for Inter.

Lukaku found a coach in Antonio Conte who valued him but he has also changed his diet and found an upturn in form. He is leaner, faster and I have always felt his all-round intelligence was underrated.

And then there is Eden Hazard, who quite remarkably comes in as a bit of a free hit for Belgium. He isn't expected to do well and it's really a bonus if he stars. Belgium can win it even if Hazard fails to fire but France have the superior squad.

I can see why Portugal are being talked up. Ruben Dias and Bruno Fernandes have arguably been the two best players in this season's Premier League and the reigning champions are nowhere near as reliant on Cristiano Ronaldo as in previous years.

They have plenty of leaders and, strangely for a team managed by the usually conservative Fernando Santos, I actually wonder if they will lack the midfield protection to help out the defence.

Spain don't really do it for me and I have my doubts as to whether they have enough leaders despite being aesthetically pleasing.

Sergio Ramos is a global icon but I was more surprised Luis Enrique left his Real Madrid teammate Nacho out as he can cover a few different positions and selecting Aymeric Laporte is risky given he has only recently been eligible for Spain.

Netherlands have even more question marks and there are issues with the coach, defence and midfield. A year ago with Ronald Koeman in charge and Virgil van Dijk at the back it would have been a different story, but I don't fancy Frank de Boer to be able to solve the problems which have cropped up all over the pitch.

Matthijs de Ligt, Memphis Depay and Frenkie de Jong will have to do something special if the Dutch are to delight.