Danes look to be strongest of the Nordic contingent 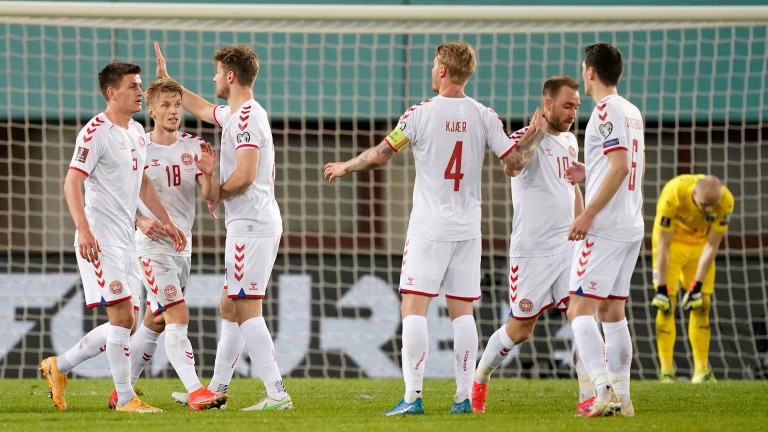 Kasper Hjulmand's Denmark can be dangerous opponents
Christian Hofer
1 of 1
By Lars Sivertsen 9:08AM, JUN 13 2021

Denmark definitely look the best chance from our Nordic region of making the biggest impact in this summer's European Championship.

If you go down the Danish squad there are a lot of pretty good players who are representing clubs at a high level with a keeper in Kasper Schmeichel and two robust centre-backs with Simon Kjaer alongside Andreas Christensen, plus it is huge for the Danes to see Christian Eriksen happy in his club football again.

Eriksen finished the season well with Serie A title winners Inter and I think countries from bigger nations misunderstand what it means to be so-called over-reliant on one player.

A country like England can think like that because they produce so many players of a high standard - in Denmark, or my country Norway, we see it very differently. We go "isn't it amazing that a country of five million people can produce at least one player as good as Eriksen."

So yes, they will look to Eriksen to produce all the killer passes, but it's great to have someone to rely on of his ability in the first place. All of the creativity will be on Eriksen with the midfield muscle provided by Pierre-Emile Hojbjerg and Thomas Delaney.

The Danes don't have traditional wide men like previously in players such as Dennis Rommedahl and Jesper Gronkjaer and scoring goals is the big question mark.

Yussuf Poulsen and Martin Braithwaite are interesting enough without being outstanding and it could be quarter-finals and home for Denmark.

Sweden can finish second in Group E, although that has more to do with me wanting to oppose Poland in the race behind Spain.

The Swedish way does not change much from other tournaments - they play 4-4-2 and it's pretty familiar to those who will have seen them previously - but there is a bit more excitement in attack outside of the strong organisation usually associated with them.

Striker Alexander Isak has looked good for Real Sociedad and Dejan Kulusevski is a player of potiential. He has not quite established himself at Juventus but that is far from an easy task and it was only last season he was the Young Player of the Year in Serie A.

Finland will find it tough if you look at them player-for-player against their group opponents and their most likely finishing position is bottom.

However, I expect them to be competitive. In previous times it was said the Hyypia and Litmanen era maybe had an hierarchy within the squad but this group has no egos and the ice hockey-mad nation has embraced the team with wild celebrations in Helsinki once qualification was secured.

When I lived in Finland the football team was considered the punchline of many jokes and it makes sense for the public to be more proud of the hockey team, as they have been world champions and provided stars for the NHL.

Football is growing again - it was bigger than hockey in the 50s and 60s too - and they won't get hammered by anyone.

Marku Kanerva has them well set-up and they have a good goalkeeper in Lukas Hradecky and striker in Teemu Pukki. If you have someone who can save shots and someone else who can score goals it gives you a real chance of being competitive at least.

France look like the best bet to win the tournament. They are the strongest team and most of the other challengers seem to have many question marks, such as Belgium, who look amazing in some parts but then really quite weak in others.