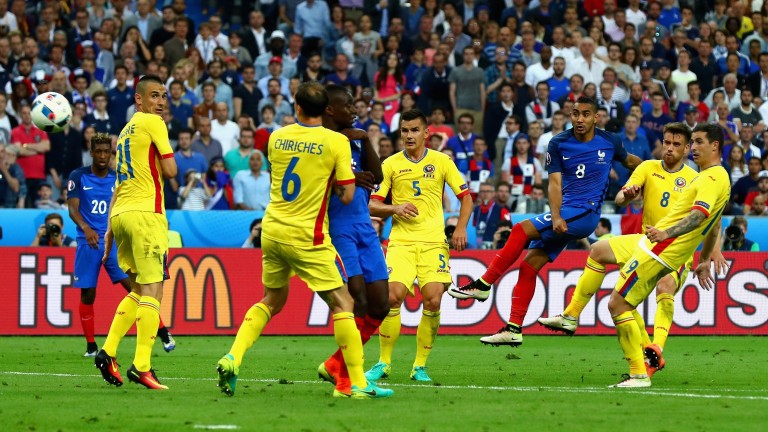 Plenty of World Cups have started with a bang, most notably in 1990 and 2002 when defending champions Argentina and France were upset by Cameroon and Senegal.

In 1998, Brazil beat Scotland 2-1 in a more competitive contest than might have been expected when the team news revealed that Colin Hendry, Tom Boyd and Colin Calderwood would be up against Ronaldo, Bebeto and Rivaldo.

Philipp Lahm scored a belter six minutes into Germany's 4-2 win over Costa Rica in the first game of the 2006 World Cup and 2018 hosts Russia, the lowest-ranked team in the tournament, put five goals past Saudi Arabia in their opener.

European Championship opening games, in contrast, tend to be less memorable occasions although I have high hopes for Friday's clash between Roberto Mancini's Italian winning machine and a dashing Turkey side.

At Euro 2016, a brilliant late strike from Dimitri Payet earned France a 2-1 win over Romania, salvaging a fair few opening-round accas in the process.

The 2012 tournament began with a feisty 1-1 draw between Poland and Greece, both of whom had a man sent off, but anyone who can remember Euro 2008's first match – Switzerland 0 Czech Republic 1 – should be the first name on the pub-quiz teamsheet.

Trivia buffs will be all over the fact that Greece beat Portugal in both the first and the last fixtures of Euro 2004.

One interesting footnote is that Portugal's 2-1 group-stage defeat featured a first international strike from Cristiano Ronaldo, no doubt prompting a flood of bets from shrewd Racing Post readers that he would go on to score over 103.5 goals for his country.

Sweden's 1-1 draw with France at Euro 92, England 1 Switzerland 1 at Euro 96, and Belgium's 2-1 win over Sweden four years later means six of the last seven European Championship openers have rewarded backers of both teams to score - and the Swiss hit the crossbar late on in their 1-0 loss to the Czechs.

Will that trend continue when free-scoring Turkey face clean-sheet kings Italy? The irresistible force versus the immovable object – sounds like Ronaldo, Bebeto and Rivaldo against Hendry, Boyd and Calderwood all those years ago.

FIRST PUBLISHED 4:58PM, JUN 10 2021
Anyone who can remember Euro 2008's first match – Switzerland 0 Czech Republic 1 – should be the first name on the pub-quiz teamsheet