Brighton fighter was at his best in bout against Doran 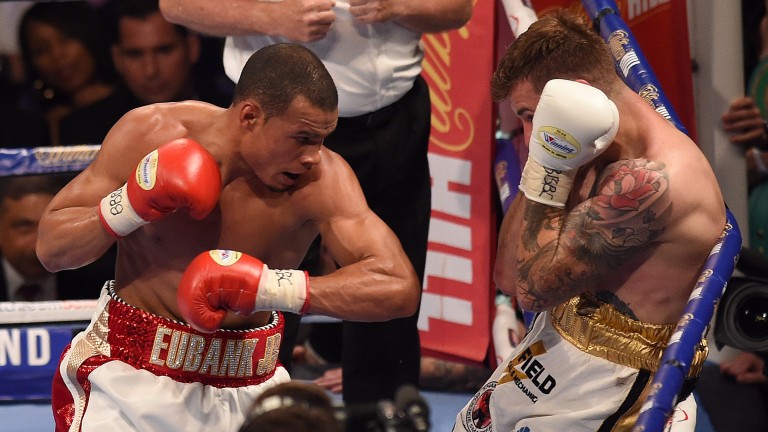 The exciting and relentless Chris Eubank Jr is ranked fourth in the WBA and IBF middleweight world standings, which is why it is surprising to see him stepping up into super-middleweight company on ITV Box Office and challenging inexperienced Renold Quinlan for the IBO title.

Eubank is a resounding favourite in against an opponent who has fought only 12 times as a pro – which includes a defeat of fellow Australian Jake Carr – and he should make light work of him.

In his last appearance, the 27-year-old Brighton fighter was at his best and threw a raft of accurate shots at talented young­ster Tom Doran. Eubank showed his tenacity in earning a fourth-round stoppage, having dropped the Welshman four times.

This is likely to be easier and Eubank, who has already spoken of future bouts with world-class fighters such as Gennady Golovkin, will no doubt want to make a statement.

In the past he has shown a willingness to take out his opponents as early as possible, this contest looks set to follow suit and may not see out nine minutes.