But super-middleweight clash is tough to call 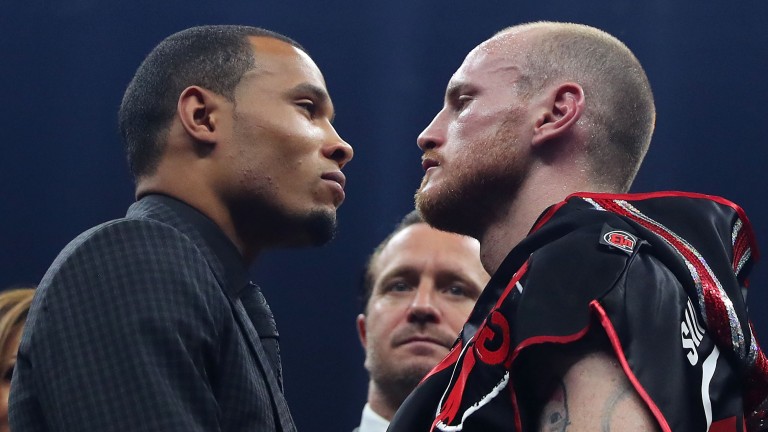 Boxing is well and truly back on Saturday and it's hard to imagine a tastier tussle than George Groves v Chris Eubank jnr, with two world titles and a place in the World Super Series final on the line at Manchester Arena.

This is a tough fight to call. Arguments can be made for every outcome, with both men capable of stopping the other or winning on the scorecards. That's great for the neutrals, but it's a big problem for punters as anything could happen.

With that in mind, Groves may be considered good value as a marginal 6-4 underdog, and on paper he has plenty of things going for him.

Groves has far more experience in big fights, and despite going up against some of the sport's elite he has rarely been outclassed.

He is the bigger man, has a superb jab and a thunderous right, and looks relaxed and full of confidence since teaming up with trainer Shane McGuigan.

Groves claims to be surprised that Eubank is the favourite and says it proves how good the Eubanks are at promoting themselves. But there is more to Junior than hype, and his performances in the ring have been getting better and better since his loss on the scorecards to Billy Joe Saunders at middleweight in 2014.

Eubank was slow out of the blocks against Saunders, and though he dominated the later rounds he left himself too much to do and lost on a split decision. But he will have learned many lessons from that defeat and is unlikely to make the same mistakes again.

Since moving up to super-middleweight a year ago he has had three fights and won them all in impressive fashion. Eubank completely outboxed veteran former world champion Arthur Abraham, then went to Germany and knocked out Turkish tough-nut Avni Yildirim inside three rounds.

Muddying the waters further is the fact Groves and Eubank have sparred hundreds of rounds together and know each other inside out. David Haye, who used to be a stablemate of Groves, saw most of them and says: "every single round was tasty".

Both men have great chins and are incredibly well conditioned, and while most people seem to be predicting a knockout one way or the other it could easily go the distance at odds against.

Consider backing the fight to go to the scorecards at 5-4, but the tentative pick is Eubank to win on points at 3-1.

There is a lot to like about Groves - he is very clever and will make it extremely difficult - but the hand speed and movement of Eubank may be enough to edge a few of the closer rounds and take a tight decision.

Walsh and Langford can retain their British titles

Bookies are finding it tough to split Walsh and Lowe with both men available at evens, but Walsh's experience could give him the edge and he looks a bit of value to win on points at 2-1.

Langford is a marginal favourite against Arnfield and while we should expect another close contest his strength and skill should be too much for Arnfield to handle, as long as he avoids getting dragged into a brawl.

Arnfield is tough though, so expect this one to go all the way too.