Essex rivals likely to entertain in front of cameras

Recent meeting was a high-scoring thriller 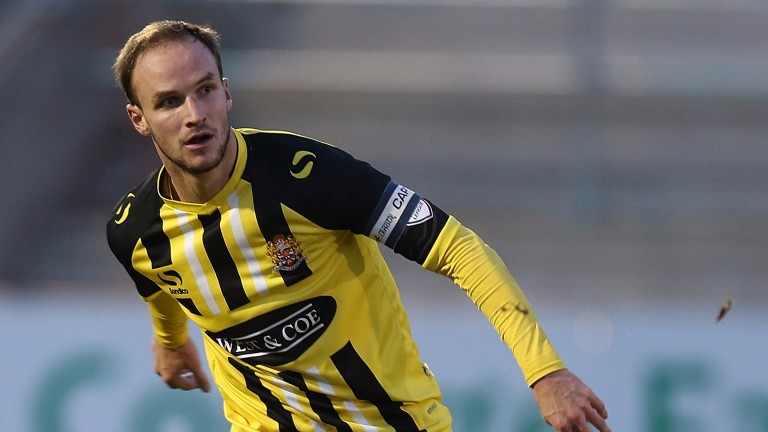 Struggling Braintree posted a 3-2 victory over promotion-chasing Dagenham & Redbridge in an entertaining game at Cressing Road last Monday and the Essex rivals may produce another high-scoring match in front of the BT Sport cameras.

Braintree have adopted an attack-minded approach in their scrap against the drop and four of their last seven games have featured at least four goals.

Dagenham are also likely to play positively in a game they would expect to win but they might be suspect at the back without suspended centre-back Scott Doe.

The visitors no longer have striker Simeon Akinola, who scored twice in the first meeting, after his move to Barnet, but Michael Cheek has scored seven in his last six games.

Team news
Dagenham & Redbridge
Scott Doe is suspended and fellow defender Craig Robson has been out injured since October.

Stourbridge’s FA Cup adventure continues on Saturday with a third-round match at Sky Bet League Two Wycombe so it would be understandable if they took their eye off the ball for Monday night’s Northern Premier game at Barwell.

Gary Hackett’s side sprang a major surprise last month by defeating Northampton 1-0 in the second round and will be hoping to do something similar against Wycombe.

They are also in with a chance of promotion after an eight-match unbeaten run in the league but fixture congestion could be an issue with 24 of the their 46 games outstanding and needing to be completed by April 22.

Tenth-placed Barwell are one of their many rivals in the scrap for playoff places.

The Canaries have climbed from the fringes of the relegation scrap to within three points of the top five after winning six of their last eight league fixtures.

They lost 2-1 away to Stourbridge in August but they can reverse the result, especially if the visitors are not fully focused on their task.